Will The Saffron Surge Unseat Mamata In West Bengal? 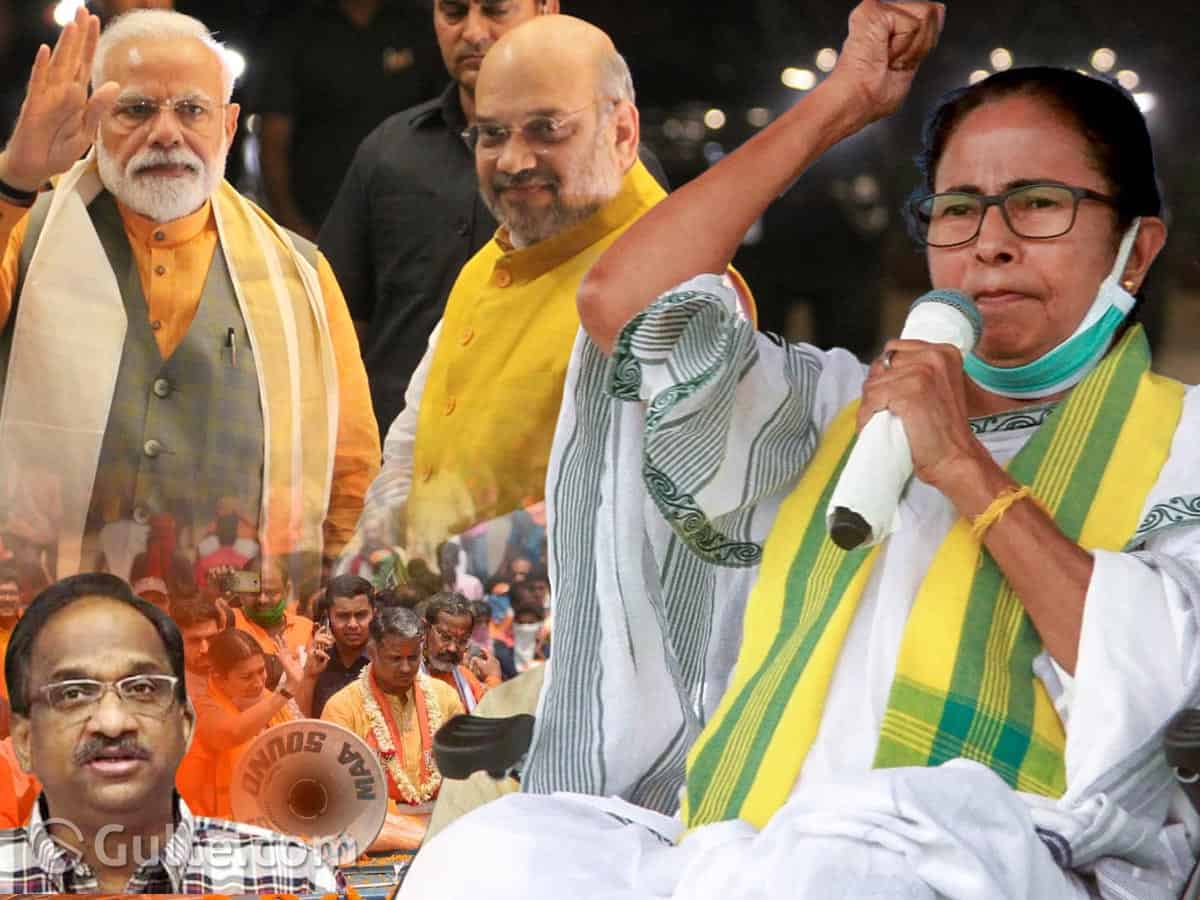 India’s most bitter political battle is now fought in West Bengal. The BJP is moving heaven and earth to dislodge the TMC. The left-congress-ISF’s entry made the contest triangular and unpredictable. The Trinamool Congress rallied Muslims during its crusade against the left. Mamata Banerjee successfully mobilized Muslim peasantry when the left front government tried to acquire land for the industrialization of the state. Subsequently, the Trinamool government continued its policies of Muslim appeasement, as they constitute a sizeable chunk of the electorate in a large number of constituencies. This is evident from the fact that in the 2019 Lok Sabha election, Trinamool had led in 60 of the 74 Assembly segments in which Muslims constitute over 40 percent of the electorate.

Precisely this cultivated strength of minority vote bank turned into a vulnerability for Mamata with the entry of BJP. The saffron brigade has successfully attempted Hindu consolidation juxtaposed to the Muslim appeasement politics of Mamata Banerjee. The BJP leaders are openly campaigning that the West Bengal fight is 70:30, referring to a 70 percent Hindu electorate as opposed to a 30 percent Muslim electorate. The politico-religious binary helped BJP’s meteoric rise in West Bengal politics threatening the supremacy of the Trinamool Congress. Besides, the reign of repression let loose on political rivals by the Trinamool dispensation has led the left vote to gravitate towards BJP in a bid to protect themselves in the villages of Bengal that has been a party society for decades.

The left and the Congress allied to form Sanyukta Morcha making the Bengal contest a three-way fight. In a clever bid to break this binary, the Sanyukta Morcha roped in controversial Muslim religious leader Abbas Siddiqui who formed Indian Secular Front (ISF). The presence of ISF in the sanyukta morcha is estimated to impact the electoral outcome in 80 constituencies across the state.

The Hyderabad MP Owaisi led MIM made a vain bid to rally behind Abbas Siddiqui. Any alliance between the two would have sharped the binary much to the advantage of BJP. But, Abbas Siddiqui floating secular front and joining sanyukta morcha frustrated Owaisi’s sinister political games. Left with no choice, the MIM is now confined to contesting in seven seats, contrary to what it did in Bihar and earlier in Maharashtra.

In a shrewd attempt at social engineering, the BJP is hoping to cash in on the Matua community. Matuas are Hindus who migrated to West Bengal from Bangladesh. Matua community has a significance presence at least in 40 constituencies. The BJP promised immediate implementation of CAA, a stipend of Rs.3000 to Matua dalapatis (group heads) if voted to power. Prime Minister Narendra Modi visited Orakandi, the birthplace of the founders of the Matua sect, during his trip to Bangladesh on March 26-27, when the first phase of the election took place in Bengal.

The citizenship amendment act (CAA) is certainly a polarizing issue in the Bengal electoral landscape. The anti CAA vote is expected to split between TMC and Sanyukta morcha, while the BJP hopes to consolidate pro CAA vote. Besides, the BJP expects to cash in on the anti-incumbency suffered by the Mamata government. The Trinamool’s organizational structure crumbled due to large-scale defections adding to the advantage of BJP. But, the saffron party too suffers from large-scale internal dissentions over the selection of candidates, as the party fielded 30 TMC defectors.

To counter BJP’s dextrous social engineering, the TMC made numerous promises to the Rajabanghshi community who largely supported BJP in the 2019 Lok Sabha elections. This community has a strong influence in as many as five districts in North Bengal.

The communal polarization, social engineering, anti-incumbency, the impact of sanyukta morcha, etc will define the nature and extent of the Bengal mandate.