Sharmila Thanks The Man Behind Her 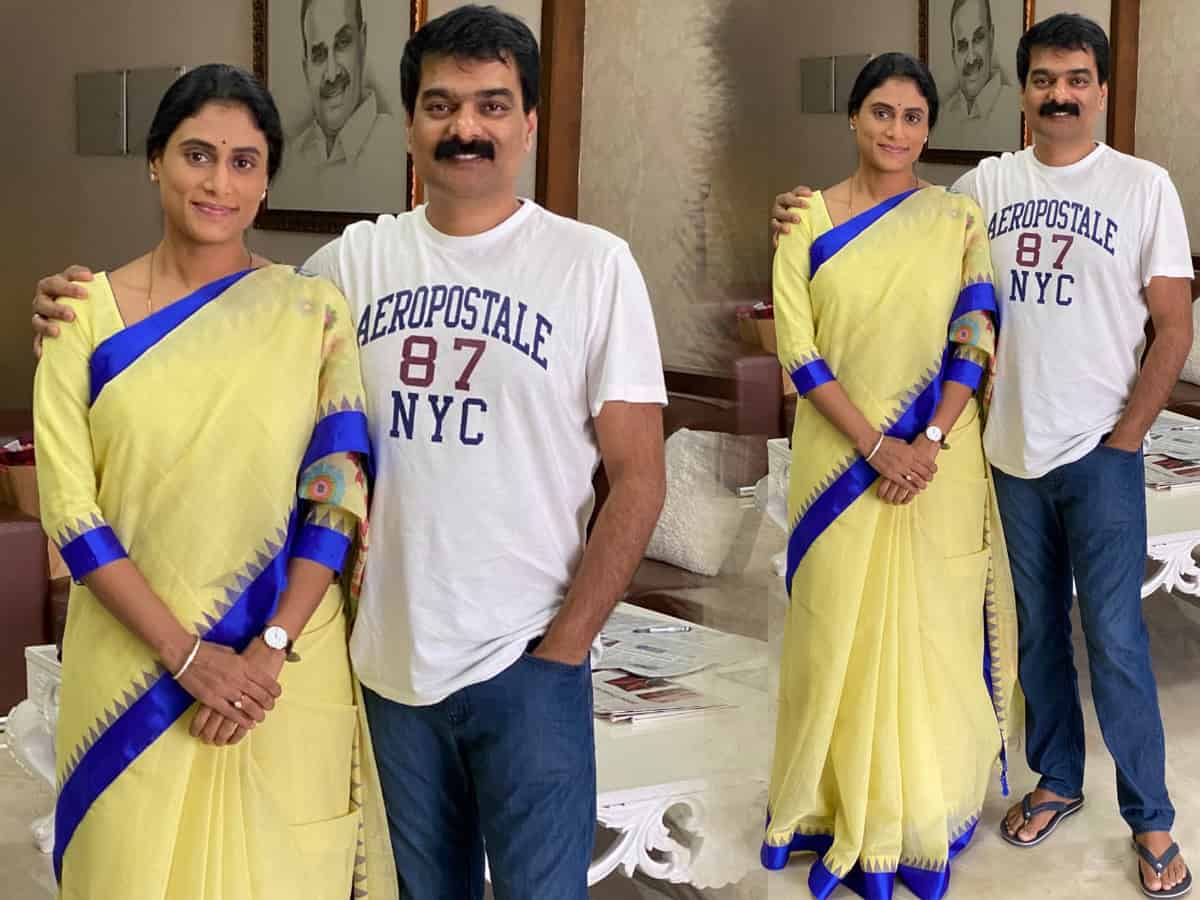 Ahead of embarking on her political journey, former chief minister late YSR’s daughter Y.S. Sharmila thanked her evangelist husband Bro. Anil Kumar for all the support and encouragement he gave her to take up an arduous task.

Sharmila took to Twitter to convey gratitude to her husband for being beside her in her political endeavour. Replying to Bro. Anil’s tweet in which he wished his wife the very best in the new chapter of life and invigorated her to fulfil the aspirations of the people in Telangana, she tweeted: “While I embark on the most important journey of my life in the path of late YSR garu… I paused for a second to say thank you for all the support and courage you give me, Dear Anil. This is the new beginning for us and for the people of Telangana.”

Bro. Anil posted a picture of them both with him in an informal attire and Sharmila clad in a light yellow saree with blue border reportedly woven by Sircilla weavers, sporting an oversized watch, which was worn by YSR.

Reacting to this, netizens felt that the watch stood for Sharmila’s resolve to follow Rajanna’s punctuality and that her yellow saree was a good omen indicating prosperity to the weavers. They too wished her all the best in fulfilling the aspiration of establishing Rajanna Rajyam in Telangana, likening her to modern Rudrama Devi.

Sharmila started off her rally to Khammam from her Lotus Pond residence in Hyderabad greeting YSR’s sympathisers all through the way in a jubilant mood.

Passing through Hayath Nagar, Nakirekal, Suryapet, Nayakangudem, the rally would reach Khammam this evening, she would make a formal announcement about the launch of her political outfit at a public meeting, Sankalpa Sabha. Receiving points have been arranged for her supporters at some important places on the way.

Sharmila’s mother and YSR’s wife Y.S. Vijayamma would be the chief guest of the programme.

The public will have to wait and watch if Sharmila would really bring the change she is promising the Telangana people.

Passing through Hayath Nagar, Nakirekal, Suryapet, Nayakangudem, the rally would reach Khammam this evening where she would make a formal announcement about the launch of her political outfit at a public meeting, Sankalpa Sabha. The party’s agenda and guidelines will be declared at the same meeting.