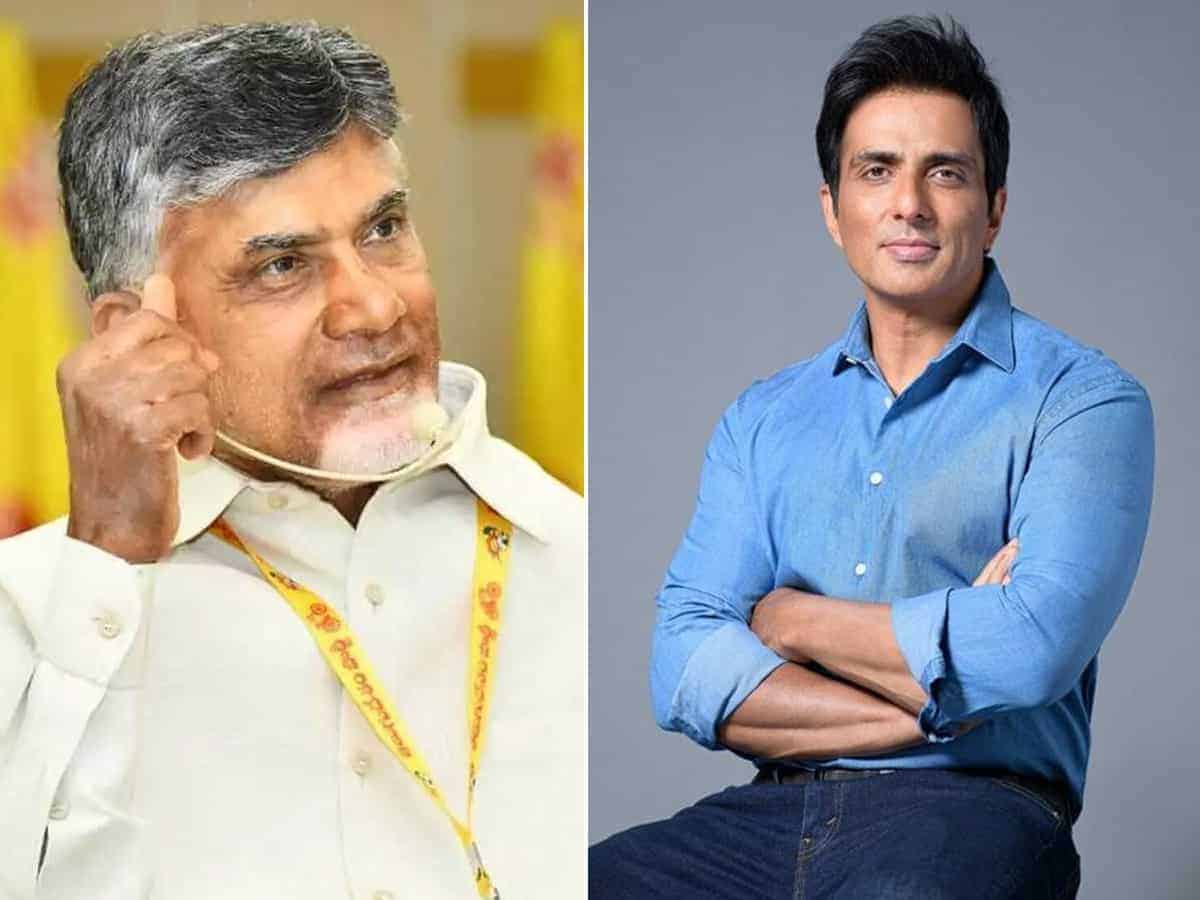 Sonu Sood’s philanthropic work and social activities have won him applause from all over. His deeds during the Covid-19 first wave and second wave have garnered praise across the country. But guess who is Sonu Sood’s favourite politician? It’s AP’s former CM Chandrababu Naidu. Soonu Sood shared some memories of his early acting career. He is said to be bowled over by the progress and development in and around Hyderabad. He learnt that Chandrababu Naidu was the man behind developing IT in Hyderabad and the architect of Hitech City.

“When I started my journey as an actor, I used to shoot in Hyderabad. The city and its neighbouring places look so beautiful, I was stunned by the city’s growth and development. I always used to tell my co-actors and staff that can we take Chandrababu Naidu sir to other states so that those states would also be developed like Hyderabad?” Sonu Sood shared during a Zoom interaction organised by NTR Trust which saw the participation of Chandrababu Naidu and several other youngsters.

Sonu Sood told those youngsters that Chandrababu Naidu is his inspiration and asked the youngsters to get inspired from Naidu’s vision and developmental politics. Earlier, Naidu was all praise for Sonu Sood and his selfless acts towards people in these difficult times.

It can also be noted that Naidu had earlier applauded Sonu Sood through his tweets and Sonu Sood reciprocated cordially to Naidu’s praises. Meanwhile, Sonu Sood also has personal connection with Andhra Pradesh as he is married to the girl from Godavari district. Sonu had met Sonali who came to do her engineering at Nagpur.The couple is happily married and is blessed with two sons.