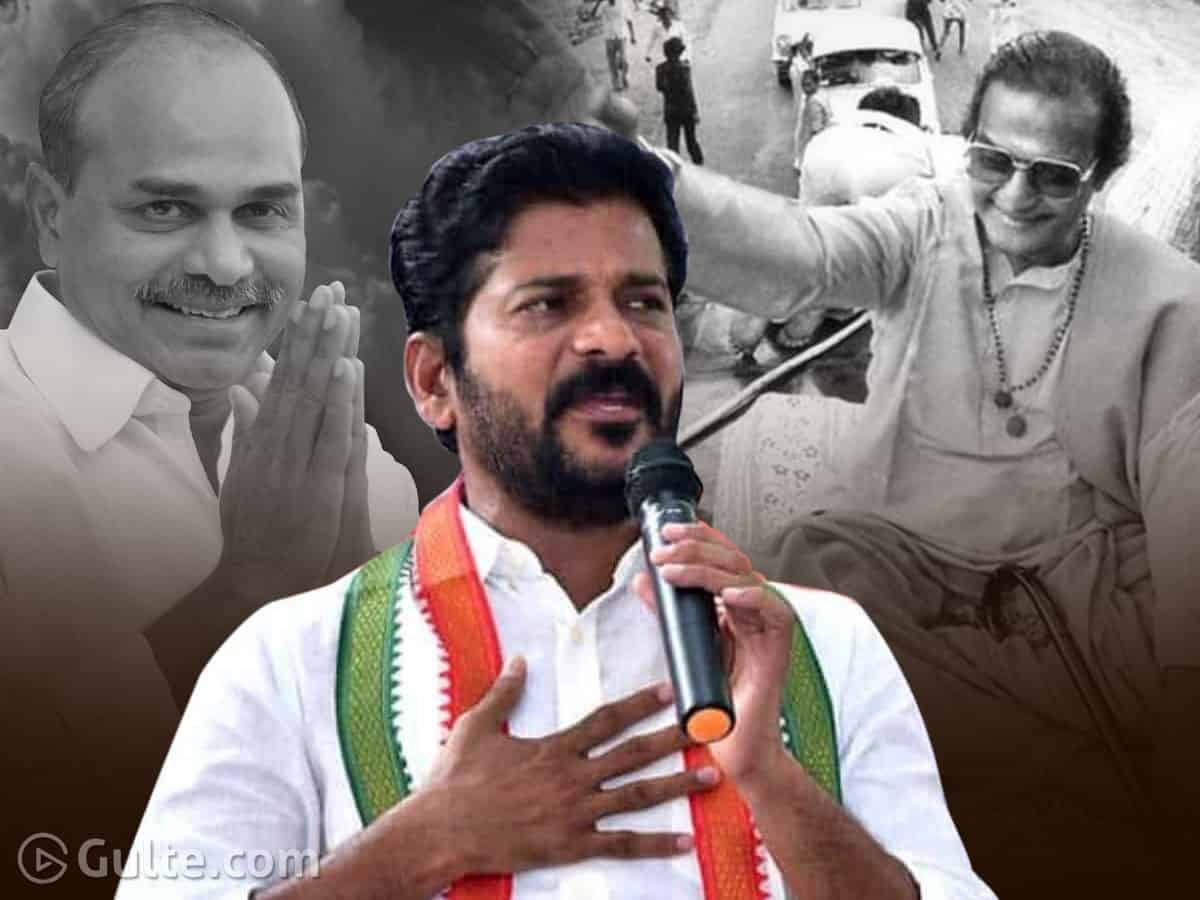 The new Telangana PCC chief Revanth Reddy is meeting all the prominent leaders within the Telangana Congress and is gathering their support for his leadership. On Friday, Revanth met former MP Renuka Chowdary to sort her blessings.

Post this Revanth Reddy reacted to comments made by YS Sharmila and TRS ministers on the AP-TS water dispute. Countering Sharmila’s remarks who said that the Telangana Congress had no significant leader to counter TRS and KCR, so they made a TDP leader as T-PCC chief.

“I pity Sharmila that she is talking like a school kid who has entered English medium from Telugu medium. If that’s the case, her father YSR was first elected as MLA from Reddy Congress in 1978 and completed full tenure in the same party. In 1984 he joined Congress. Sharmila can directly criticise her father too instead of targeting me,” said Revanth.

Simultaneously Revanth took on TRS ministers who were criticising late YS Rajasekhar Reddy on the recent water dispute between Andhra and Telangana. “Until the other day, TRS leaders talked about NTR and now they got YSR. Both NTR and YSR belong a generation and there are huge followers and supporters for both the leaders in Telangana. If TRS leaders continue their rant on NTR and YSR, they are filthy and would die of leprosy (NTR, YSRP Gurinchi Matladithe.. Nikrushtudu… Kushtu Vachipotharu),” added Revanth.

On the water dispute, Revanth suspected this is another conspiracy by KCR to divert the attention of people. “There are many projects in pending in South Telangana and hardly Rs 1000 crore is enough for completion of these projects. But KCR government invited fresh tenders of Rs 60,000 which is absolute waste of money,” said Revanth.

Even before taking over Telangana PCC, Revanth has up-ed his blistering comments on the ruling party and July 7th, he will be laying a full throttle.