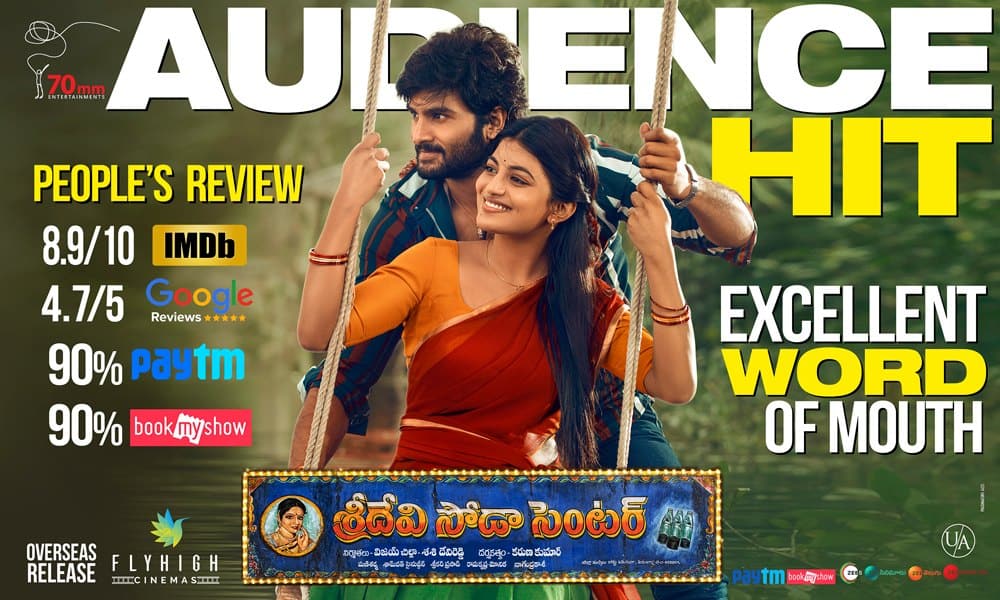 Thank you Audience: Sridevi Soda Center is an honest attempt with a realistic approach and a hard-hitting climax: Sridevi Soda Center is realistic, honest & intense love story that will leave an impression for long time. The movie is not a regular commercial pot boiler rather movie has all emotions needed for a good story like intense love between lead pair, bonding between of father & son, father & daughter, husband & wife, overall view of casteism in the society.

The makers would like to thank Telugu audience who have never rejected a content-based movie, their love and affection is pouring in the form of coming to theaters in bigger numbers, spreading positive word of mouth all across & giving online ratings on BookMyShow, PayTM, Google & IMBD platforms. Sridevi Soda center is a pathbreaking movie in Telugu film industry in recent times.

Sridevi Soda Center is a very beautiful story received well especially by youth and lady audience as it portrays the conflict of progressive youthfulness and legacy/archaic culture of the older generations. This movie is a MUST watch for every movie lover on big screen & encourage this kind of movies as these are very rare attempts made in Telugu on par with content based Tamil, Malayalam and Marathi movies.