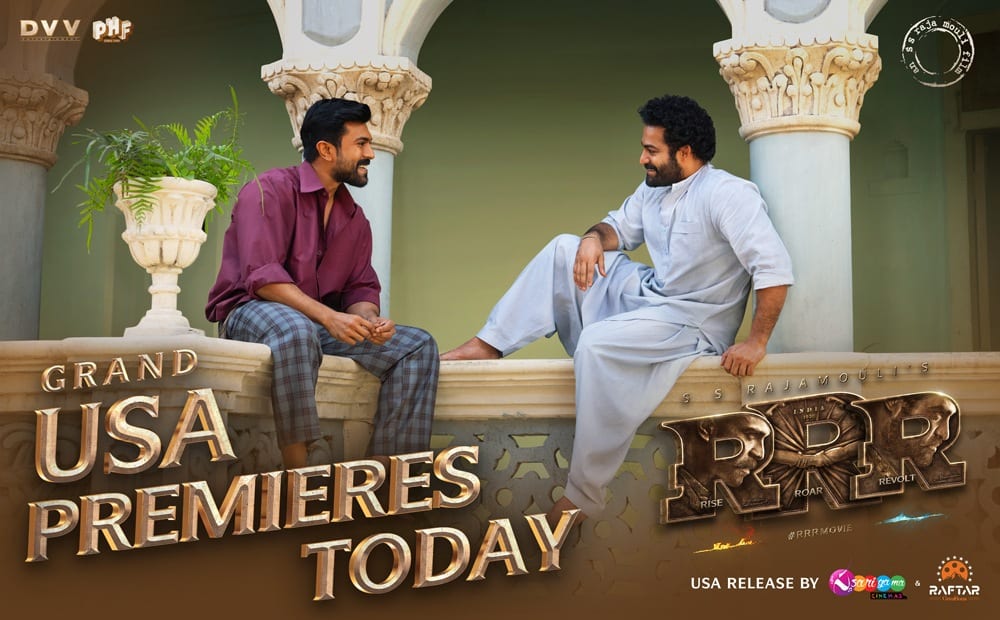 Sarigama Cinemas and Raftar Creations are presenting the biggest film of Indian Cinema, RRR in the United States. A record-breaking 1150+ locations are confirmed so far with an unlimited number of shows in Telugu, Hindi, Tamil, Malayalam, and Kannada languages.

The Premieres are going to happen on March 24th (today). The Rajamouli directorial shattered all existing records in the USA before the release itself.

The movie has become the first Indian film to cross $2.5M+ premiere pre-sales. NTR and Ram Charan fans are very excited about the movie premieres, and it will be nothing less than a treat for them in the offing.

The movie is releasing even in IMAX and Dolby Vision theaters in the USA. It is the first Indian film to be released in Dolby Vision in the US.

Some of the Premiere shows are being planned at midnight as well (2 AM), like the first time in Indian Cinema. Earlier only Hollywood films will have midnight shows.

KDMs have reached all the theaters already and all shows will be screened as planned.