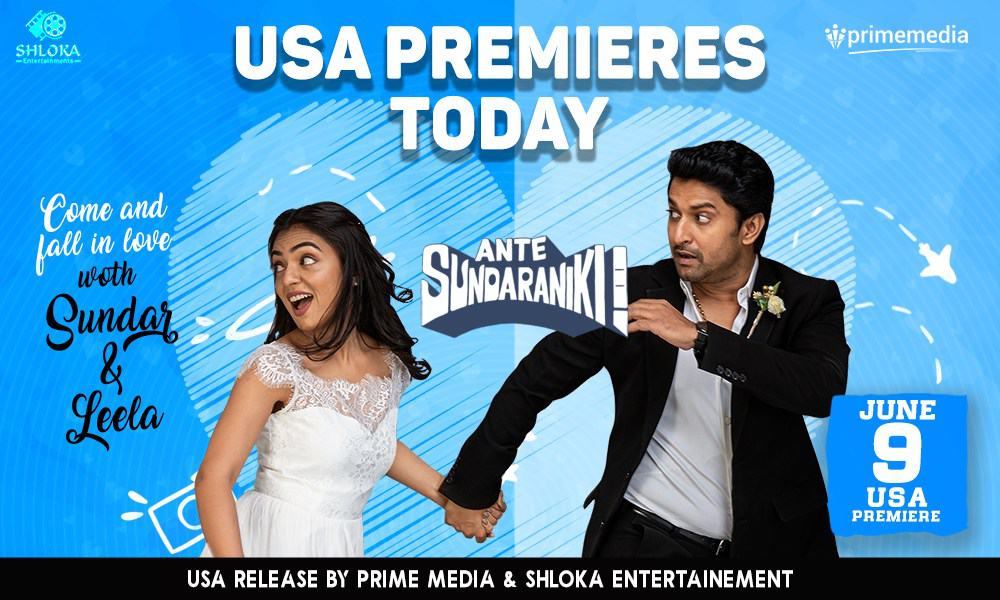 Ante Sundaraniki Not Entertainment, Its An Enjoyment, US Premieres Today

Natural Star Nani’s Ante Sundaraniki is going to have its US Premieres in a few hours. Prime Media and Shloka Entertainments are jointly bringing this enjoyable Entertainer to Telugu audience in the United States. The movie is having biggest ever release in Nani’s career.

Ante Sundaraniki is carrying so much of positive vibes due to its fun and emotional content as revealed by the promotional content. Nani is master in doing such films and is joined by Vivek Athreya who is known for making such heart warming films.

The adorable Nazriya Fahadh is making her Telugu debut with this movie. Ante Sundaraniki has many excellent supporting artists like Naresh, Nadiya, Harshavardhan, Srikanth Iyengar, and Others.

It’s been a long time Telugu audience saw a film with lighthearted comedy and heartwarming emotions. At the Pre-release event, Nani said Ante Sundaraniki is not entertainment but is an enjoyment.

Watch the movie with your family in your nearest theater and enjoy it.