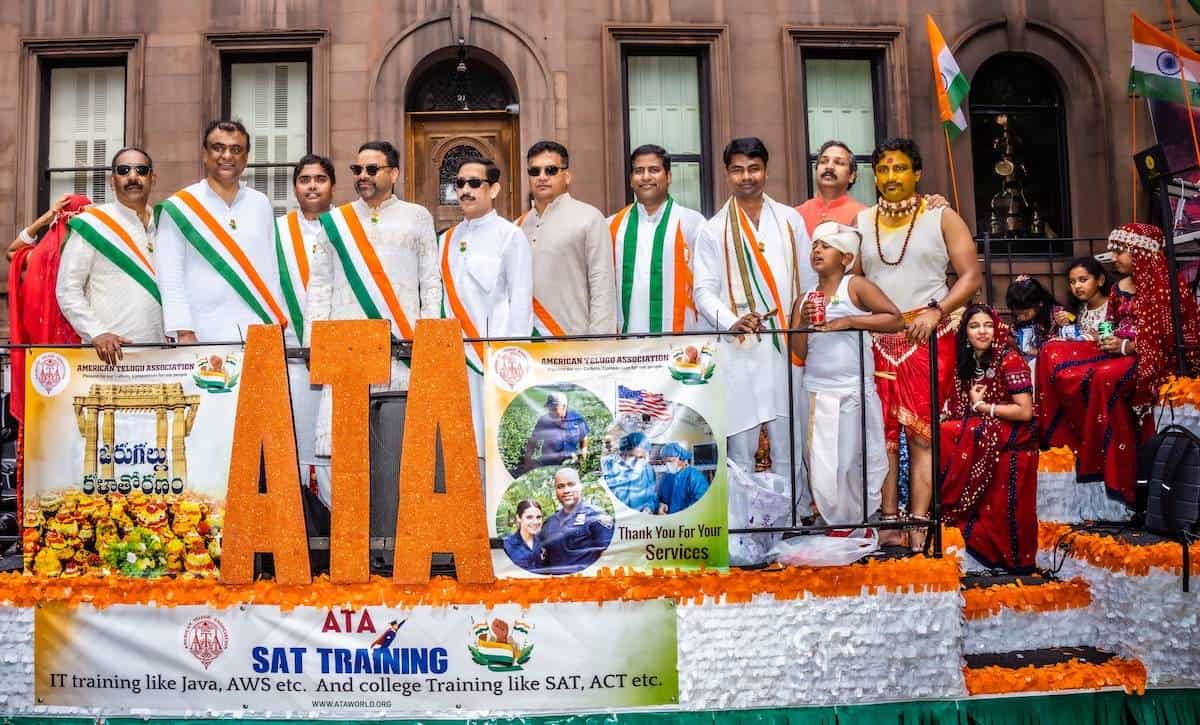 India Day Parade In NYC: Diversity on display as FIA made history with Guiness World Records.

Icon star and Tollywood hero Allu Arjun was the Grand Marshal at the India Day parade which was held on Sunday, 21 August In New York City. The parade also marks the 75th anniversary of Indian Independence this year 2022.

Accompanied by his wife Allu Sneha and director Harish Sankar, the Pushpa star was greeted by more than 150,000 people and fans who turned out to see him along the route on Madison Avenue. New York’s Mayor Eric Adams, holding aloft an Indian flag, was also among those leading the parade.

Termed one of the world’s biggest Indian events outside the country the India Day Parade was organized by the Federation of Indian Associations (FIA) tri-state area unit and this year they called the Tollywood super star Allu Arjun to lead the event.

As per the FIA two events at the parade entered the Guinness Book of World Records for the most number of flags flown simultaneously at an event.

The second Guinness Record was for the largest ensemble of the damaru, the twin-headed drum at the event.

FIA Chairman Ankur Vaidya said that these records are dedicated to the global Indian community.

The flags display, in keeping with the theme this year of honouring the Tiranga, the Indian flag, made a show of India’s universality by also including the flags of nations around the world.

These world records were won during the August 21, 2022 India day Parade of FIA celebrating the 75th anniversary of India’s independence which falls on Aug. 15, under the Indian Government’s Azadi Ka Amrit Mahotsav initiative, launched by India’s Prime Minister Narendra Modi.