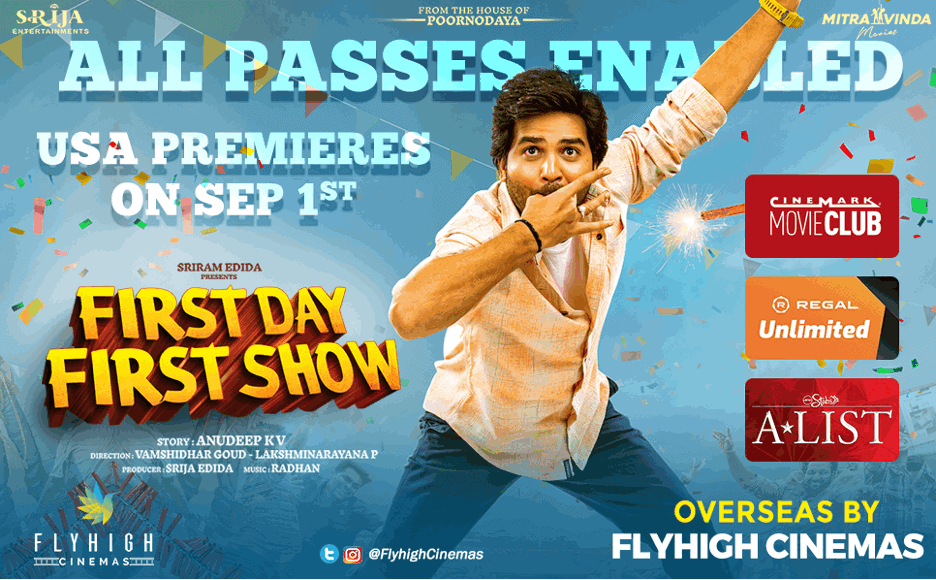 While JathiRatnalu fame director Anudeep KV penned the story and screenplay for the movie, directors’ duo Vamsidhar Goud and Laksminarayana Puttamchetty held the megaphone for the crazy project.

The interesting tale set in 2001 showcases the difficulties faced by the lead actor in getting the First Day First Show tickets for Power Star Pawan Kalyan’s blockbuster movie Khushi to impress his girlfriend.

FDFS teaser launched by Tollywood’s Top Director Trivikram Srinivas has minted all the applause and attention of the Telugu audience, as the director himself is impressed by the great work exhibited by the young and dynamic directors’ duo and team. Cinematographer Prasanth Ankireddy and editor Madhav have been a great strength to the film.

The movie features impressive debutant Srikanth Reddy in the lead role, where in Sanchita Bashu played his lady love. Popular faces like Venella Kishore, Tanikella Bharani, Srinivas Reddy, Mahesh, Gangavva will be seen in the movie. Known for magical tunes, music composer Radhan scored the music, while the audio of the movie is out on Aditya Music.

We would like to thank Sriram Edida and Srija Edida for giving us the opportunity to release the movie in overseas.

For local exhibition rights in your State, please contact the below: