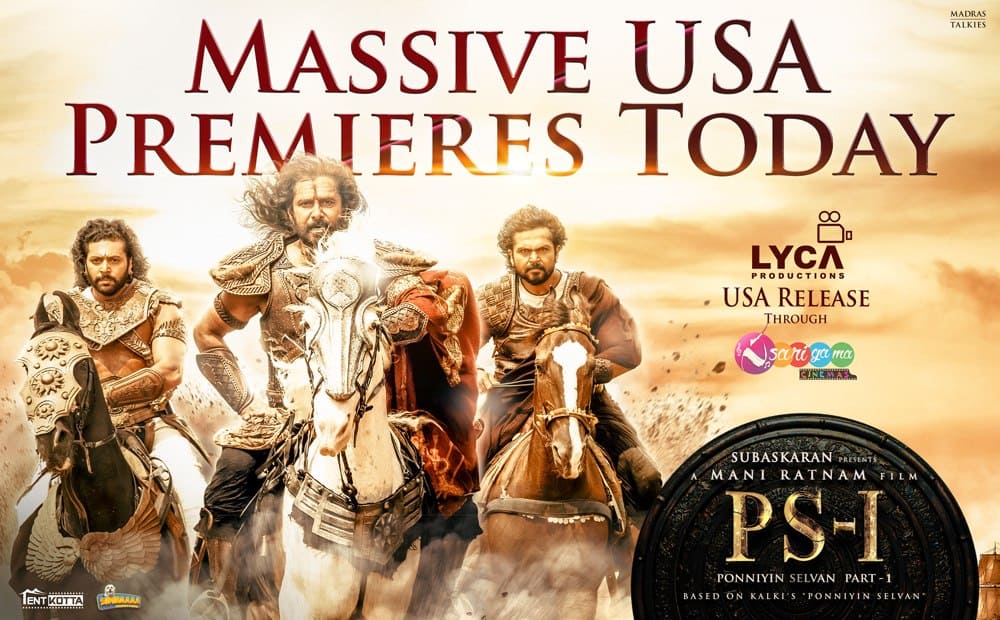 Ponniyin Selvan 1 is the new outing from South Indian cinema in the pan-India scale. The film is set for worldwide theatrical release on 30th of September and USA premieres Begins in few hours.

The Legendary Mani Ratnam directorial has nearly clocked an impressive Pre Sales of $1 million from the USA premieres for cumulative Telugu and Tamil versions.

Sarigama Cinemas who are associated with recent blockbusters RRR and KGF 2 are distributing Ponniyin Selvan 1 in USA and they are giving the widest possible release. It is being released in around 500 theatres, covering each and every location.

Ponniyin Selvan is expected to make in upwards of $1.2 – $1.3 million from the premieres. This will place the film on the list of the biggest openers from South cinema in the USA.

The Mani Ratnam directorial has Vikram, Karthi, Trisha, Aishwarya Rai, Jayam Ravi, and others in the lead roles. It is one of the most anticipated Tamil films in recent times and is expected to open big in the domestic and also overseas market.