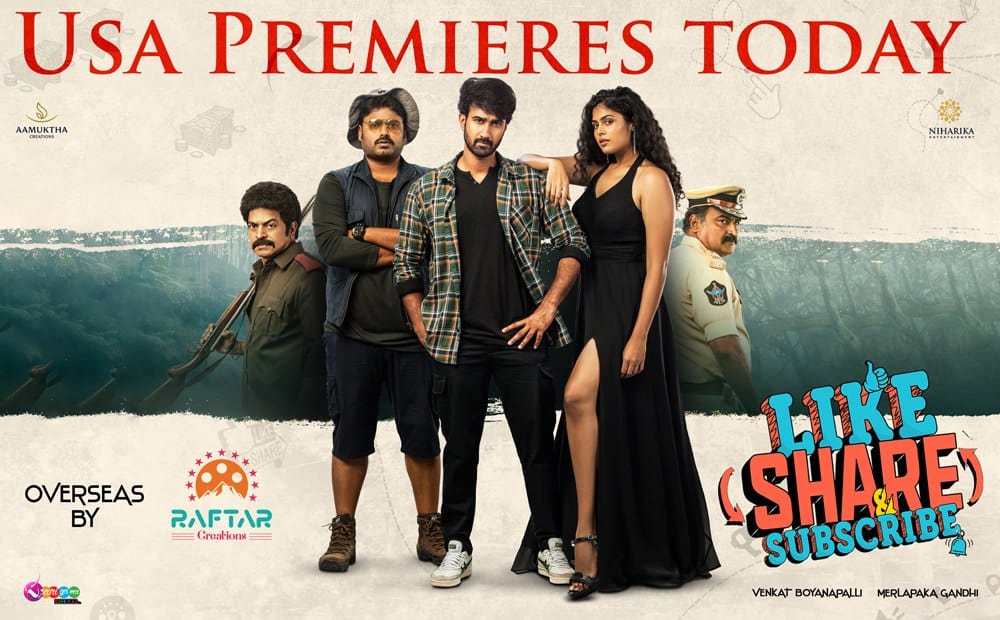 The premiere of the latest Merlapaka Gandhi’s film “Like Share and Subscribe”, which is produced by Venkat Boyanapalli under the banner of Aamuktha Creations and Niharika Entertainment will take over the cinemas in USA on 3rd November 2022.

The movie features Santosh Shoban, Faria Abdullah, Brahmaji and Mime Gopi as lead characters. Other popular actors like Govind Padmasoorya and Sapthagiri are also roped in this film. The music is composed by Praveen Lakkaraju, Ram Miriyala.

Distributor planned to screen this movie with nationwide coverage to widely reach the Indian audience in the United States.

Stay away from piracy and enjoy the movie on silver screen screens.