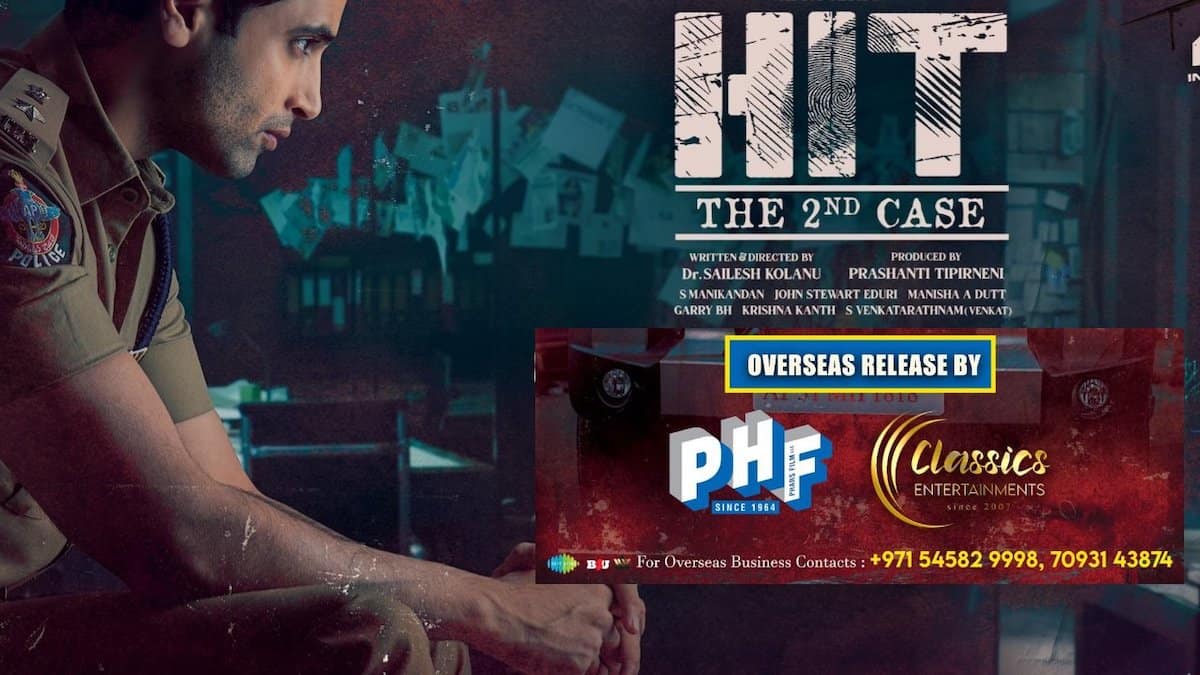 PHARS and Classics Entertainment is happy to present the much-awaited installment in the HIT-Verse titled HIT-2 starring Adivi Sesh releasing on Dec 2 in overseas territories.

PRIME Media will be presenting the movie in USA. This path-breaking crime thriller is sequel to the highly acclaimed first part HIT and is directed by Dr Sailesh Kolanu who helmed HIT-1 and immersing us into the HIT-Verse.

HIT 2 is a hot cake for the audience as well as the trade because of the success of the first part and the belief they have on the script selection of Adivi Sesh and Nani’s Wall poster cinema. Moreover, Adivi Sesh is on a high with back to back hits including the recent one of Major.

The music is scored by John Stewart Eduri. Manikandan is the cinematographer for the film produced by Nani and Prasanthi Tipirneni on the Wallposter Cinema banner.

Today the trailer of HIT-2 was released and has received unanimous positive response raising the curiosity to watch the movie on big screen.