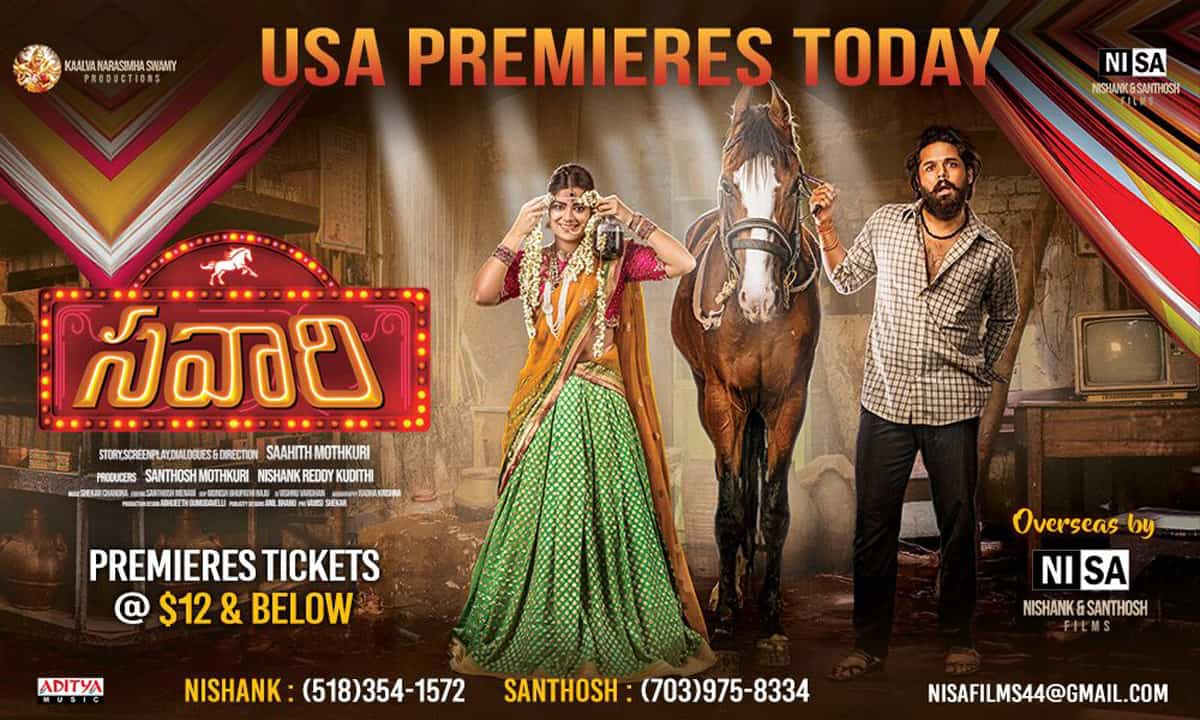 Savaari, one of the very few animal based stories in tollywood is hitting screens today in US. Saahith Mothkuri, the one who directed the critically acclaimed Bandham Regad is making his debut as a director of this feature film.

Nandu and Priyanka Sharma are playing the lead roles. Shekar Chandra, who delivered some blockbuster albums like Karthikeya, Ekkadikipothavu Chinnavada is composing the music.

Nishank Reddy Kudithi and Santosh Mothkuri are bankrolling this film under their banner NISA films.

Movie songs have become chartbusters and clocked more than 10 million views in all streaming platforms combined. The trailer was very refreshing and entertaining, it has increased the expectations on the movie. Rahul Ramakrishna’s voice over to Baadshah (horse) will definitely stand out in the film.

Movie is releasing in around 35 locations in all major cities across US and premieres ticket prices are just $12 and below.

Do watch the film on big screen and encourage young talent.

P.S: Movie’s digital rights are not sold to Amazon Prime or Netflix