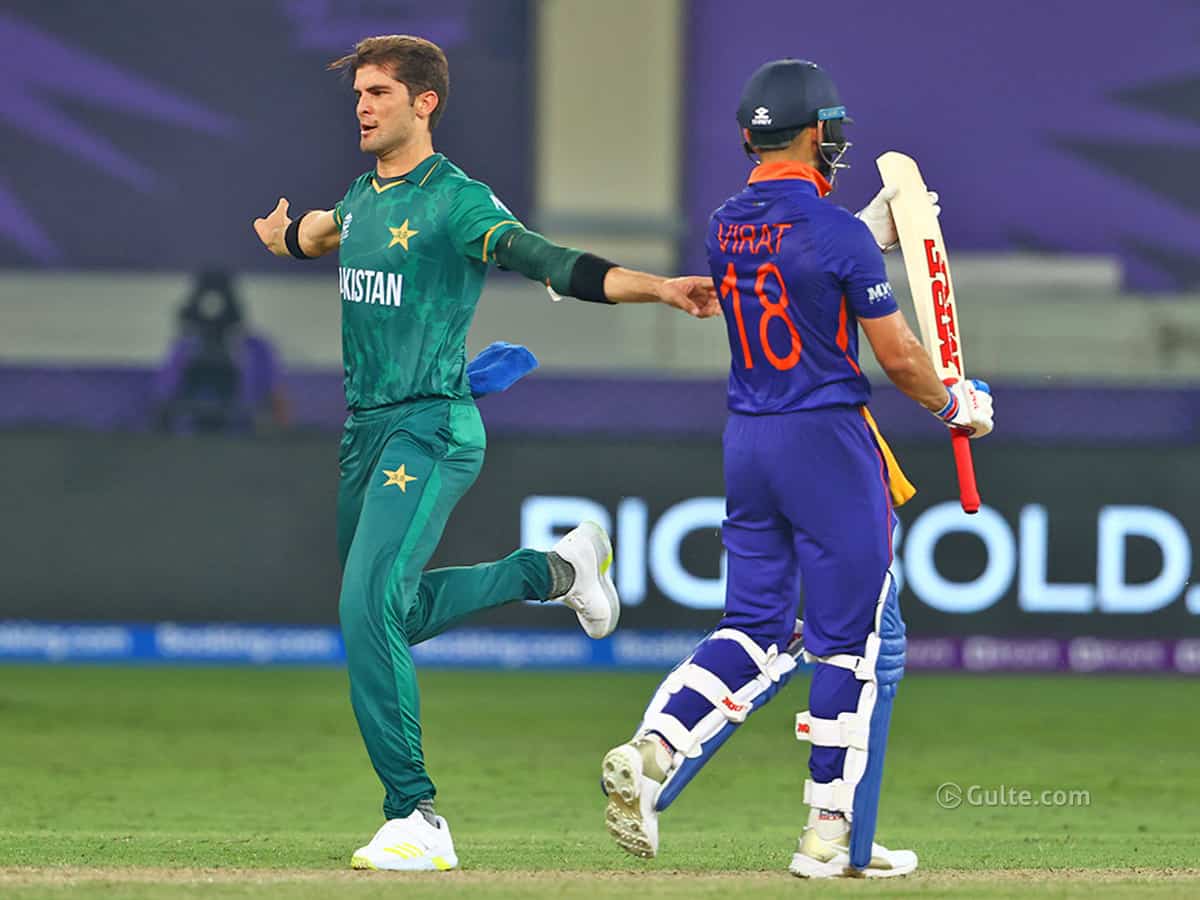 It was three Pakistani players who dominated the entire Indian team and won the match last night. While Shaheen Afridi’s magical spell in the first innings broke the batting lineup of India, Mohammad Rizwan and Babar Azam’s superlative knocks in the second innings shattered the bowling lineup of the opponents.

All of a sudden, India, which was seen as the clear favorites of the World Cup, started looking like an imbalanced team. Shaheen Shah Afridi was handed over the Player of the Match award for his stunning spell which broke the chances of India.

Shaheen got the wicket of Rohit Sharma right in the first over. The star opener was dismissed by a plumb LBW delivery. The stunning yorker of Afridi made Sharma clueless and got him out for a golden duck.

In his very next over, Shaheen bowled another deadly inswinging yorker which broke the stumps behind India’s second opener, KL Rahul. The fall of both these wickets dented India’s chances a lot.

Shaheen came back in the 19th over to dismiss in-form Virat Kohli, who just made his half-century. A short slower delivery made Kohli nick his bat and the ball directly went into the safe hands of wicketkeeper Mohammad Rizwan.

Shaheen ended his spell with stunning figures of 4-0-31-3. He will be one of the bowlers to look out for in this World Cup.