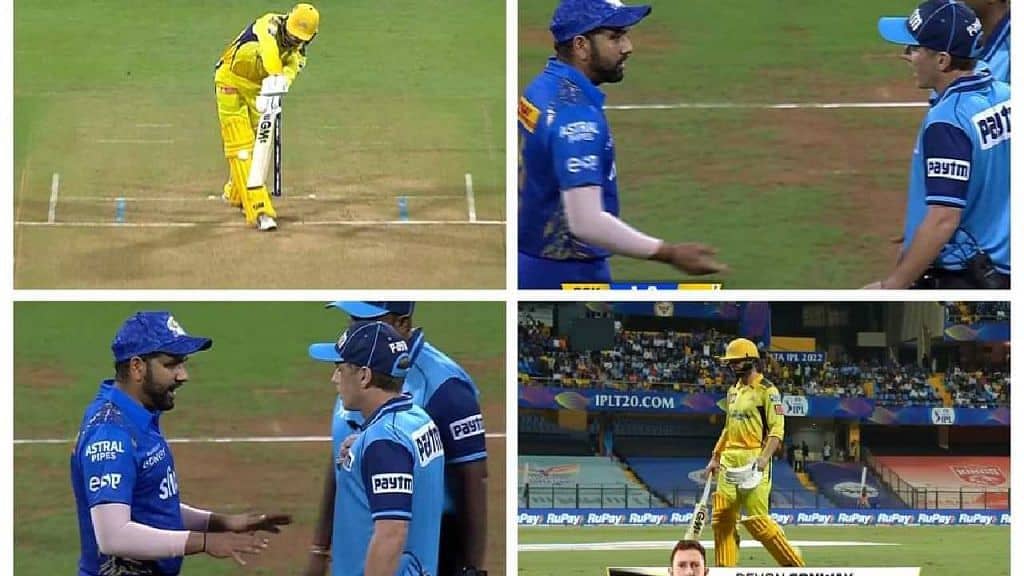 The Decision Review System (DRS) is a key factor in cricket these days. Umpires and players opt for DRS whenever there are doubts about the on-field decisions. Unfortunately, DRS was not available in the initial hours of the last night’s IPL game held between Chennai Super Kings and Mumbai Indians.

This led to the unfortunate dismissal of CSK’s opener Devon Conway, who is a red-hot form. The second ball of the first over bowled by Daniel Sams had hit Conway’s pads and immediately the former appealed for an LBW.

The umpire raised his finger as well. But Conway was not happy with the decision and wanted to take a review. But DRS was not available at that time in the Wankhede Stadium due to the power cut. Thus, the umpires told Conway that he has to walk back to the pavilion. Later, it looked like the ball missed the leg stump.

If DRS was available, Conway might have got saved and the innings would have progressed in another way. Meanwhile, the Twitterati went berserk with this bizarre decision and flooded the platform with hilarious memes. Here are some of them.