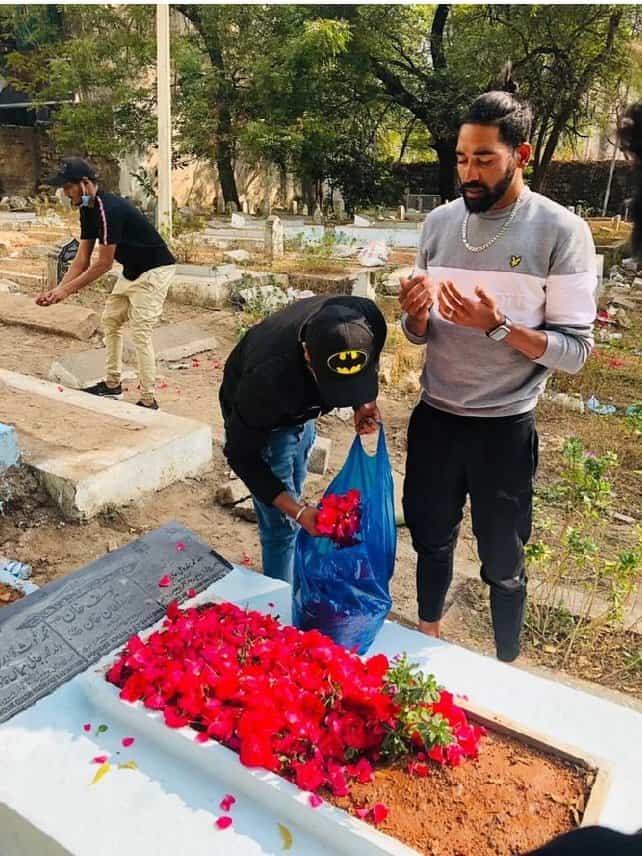 Our Hyderabad cricketer Mohammed Siraj, who was part of team India’s historic victory in Australia, has returned to the city. But if we recall, Siraj suffered a personal tragedy of his father’s passing away in November as the down under tour was about to kick start. As per his mother’s advice, he had stayed back in Australia and proved his mettle.

The other day, Siraj has returned to Hyderabad and he paid tribute to his late father. He got emotional as he remembered his dad. A picture of Siraj offering prayers at the grave of his father surfaced on social media and netizens are touched by it.

Siraj’s debuted into Test cricket with the Border-Gavaskar Trophy and he took 13 wickets of the three tests he played including maiden five-wicket haul. Siraj has dedicated his maiden five-wicket haul to his late father. Fans of team India hailed Siraj’s efforts as the team was lacking an experienced bowler and Siraj led the bowling attack in just his third match.

Now Siraj is spending quality time with his family. But very soon he will be back in Bengaluru for the team’s preparation for Test series against England.