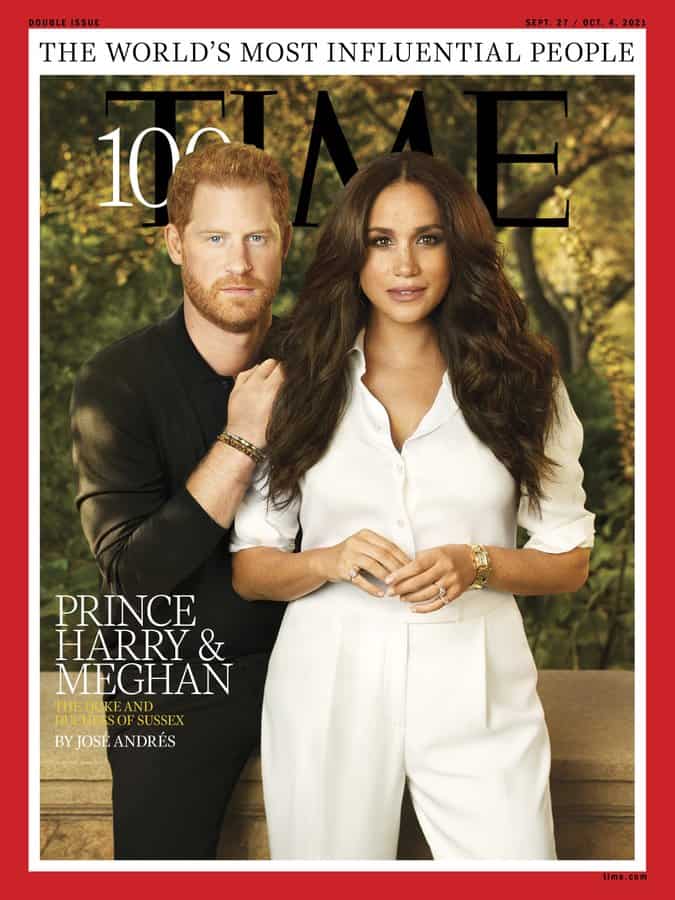 Britain’s Prince Harry and his wife Meghan made an appearance on Time magazine’s cover listing the annual 100 most influential people in the world. The picture looks great at the first glance but netizens managed to point out flaws and criticised the couple on social media for having it heavily edited.

The photo featuring the Duke and Duchess of Sussex was released by the magazine on Wednesday, and a section of people was quick to highlight that something is wrong in the photograph, making it look bizarrely different. Firstly, both of them looked of the same height. Secondly, the users mocked over the couple looking “stiff” and “unnatural”. And Harry’s picture also had an unnatural hairline.

While some guessed that if separate photos of the two had been edited together to create the cover pic. “What a strange photo .. it’s made to look like Harry is the same height as Meghan .. is he bending over?” one Twitter user asked. “The airbrush is doing some heavy lifting there,” another tweeted.

Certainly, with the deeper look, they don’t look real or like they posed together. “Terrible retouching job. They look CGI,” posted one more user. Harry and Meghan had quit their royal duties last year and moved from Britain to California.