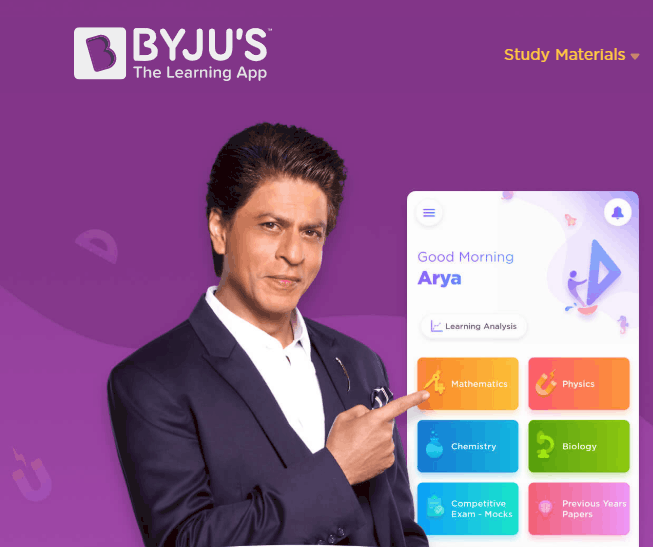 The educational technology giant, Byju’s has temporarily suspended all adverts featuring Shah Rukh Khan amid the ongoing investigation against his son Aryan Khan in a drug bust case probe in Mumbai.

Byju’s has reportedly stopped all ads and commercials over the last few days as the company was targeted on social media platforms. It is a well-known fact that Byju’s was one of the largest sponsorship deals for Shah Rukh Khan.

It is yet to see what other SRK-endorsing companies such as Hyundai, LG, Dubai Tourism, ICICI, and Reliance Jio have decided on their promotions. Talking about Byju’s, the company pays Rs 4 crore annually to Khan to endorse the brand and he has been the brand ambassador since 2017.

It is obvious that Byju’s pulled SRK ads as it is not looking to be associated with the actor and his son’s controversy. However, it is not clear if the company has dropped the actor as its brand ambassador altogether.

Aryan Khan and seven others were accused and caught in a drug bust on a cruise ship ‘Cordelia’ sailing from Mumbai to Goa last week. The raids conducted by the undercover Narcotics Control Bureau caught a whopping 13 grams of cocaine, 21 grams of Hashish, 22 pills of MDMA and 5 grams of MD.