Russian Film Crew Return To Earth After Shooting In Space 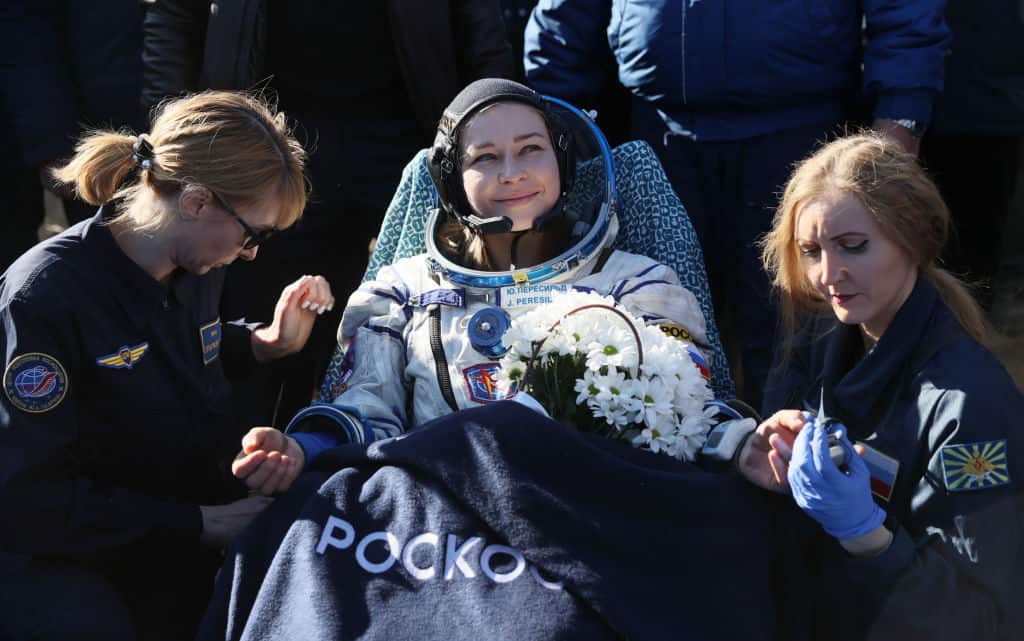 It is common these days to see zero-gravity-like scenes and space settings in a film. And the filmmakers usually fake microgravity for space movies like using a technique that NASA does in its astronaut training. The required scene is made in a large aircraft that is flown along a parabolic path. Flying that path results in brief periods of free fall in which everything inside the aircraft floats, like in space.

But, in one of its kind, a Russian actress and a filmmaker literally brought reality to the viewers by shooting a movie in the actual space. She returned to earth after shooting the first film ever in space. The film crew, namely actress Yulia Peresild and filmmaker Klim Shipenko spent 12 days aboard the International Space Station (ISS) where they filmed the first feature-length drama in space.

A Russian space agency aired their landing live and the video also made it to ISS’ official Twitter handle. Yulia and Klim landed as scheduled on Kazakhstan’s steppe. Accompanying the film crew was cosmonaut Oleg Novitsky, who also returned to Earth with them after being in space for almost six months.

This Russian film is now giving a tight competition to Tom Cruise’s ambitious Hollywood project as the actor was set to collaborate with NASA and Elon Musk’s SpaceX. Provided, the project must stay on track, and it would beat last year’s announced project of Tom Cruise. The filmmakers had blasted off from the Russia-leased Baikonur Cosmodrome in Kazakhstan earlier this month, travelling to the ISS with veteran cosmonaut Anton Shkaplerov to film scenes for The Challenge.

The filming was done as soon as the movie crew arrived in space. Mr. Shipenko filmed scenes using hand-held cameras inside the capsule of another Soyuz module as it approached the station. When it docked, Russian astronaut Pyotr Dubrov waited behind a large digital cinema camera as the crew emerged from their capsule and floated into the station for the first time.

And on Saturday, the filming continued as the crew exited the station and boarded their capsule. Few details about the plot of “The Challenge” have been announced.