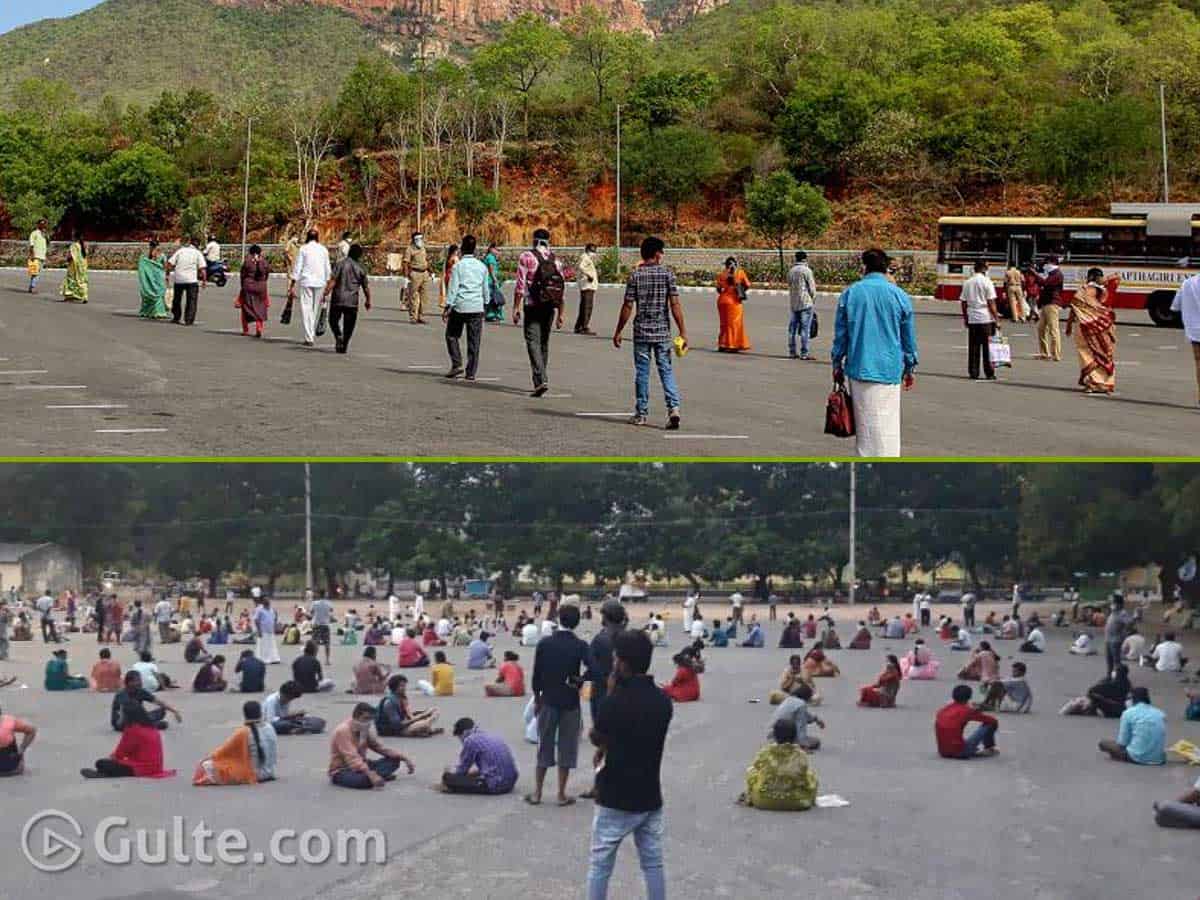 The Tirumala Tirupathi Devasthanams (TTD) has started issuing free darshan tokens for the devotees from Friday. Getting to know about this, devotees have reached the token centres from early morning 2 AM.

The darshan will be opened to devotees from June 27th which is tomorrow. As people are reaching out to the counters, the TTD officials have made arrangements for queue line as per the social distancing norm.

Also in the darshan, TTD is maintaining strict measures for the devotees.