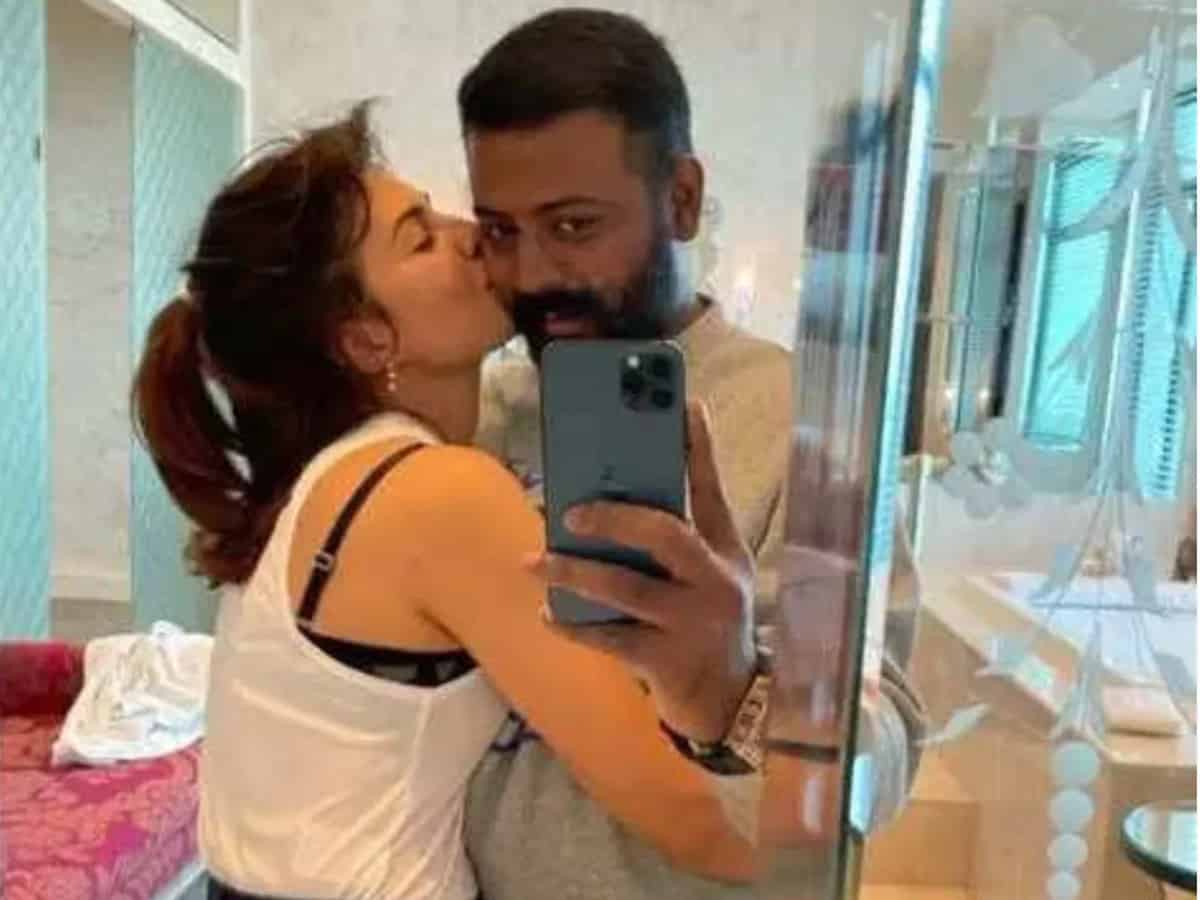 Bollywood’s hot actress Jackqueline Fernandez’s kissing selfie with conman Sukesh Chandrasekhar went viral the other day. The mirror-selfie had Sukesh kissing on Jacky’s cheek while the latter looked blushing and smiling. Today, there came yet another mirror selfie of them both except Jacqueline is kissing him holding him tightly.

The pictures are reportedly clicked after Sukesh was released from jail on interim bail. The 27-year-old Sukesh Chandrasekhar faces 15 FIRs for conning and duping people for several crores in Chennai and Bengaluru. He is currently in Tihar jail.

In October, the ED summoned Jacqueline Fernandez in relation to a money laundering case involving Sukesh. Sukesh’s lawyer had told the media that Jacqueline was dating him, while Jacqueline’s spokesperson denied her involvement with Sukesh or his wife, actress Leena Maria Paul.

The old selfies surfaced on the internet and are going viral triggering new rumors and controversies about Jacqueline’s relation with Sukesh.

The Enforcement Directorate had seized a luxurious sea-facing bungalow in Chennai, Rs. 82.5 lakh cash and more than a dozen luxury cars in connection with the money-laundering case against Sukesh. The conman is also accused of running an extortion racket worth Rs 200 crore from inside the Tihar Jail.