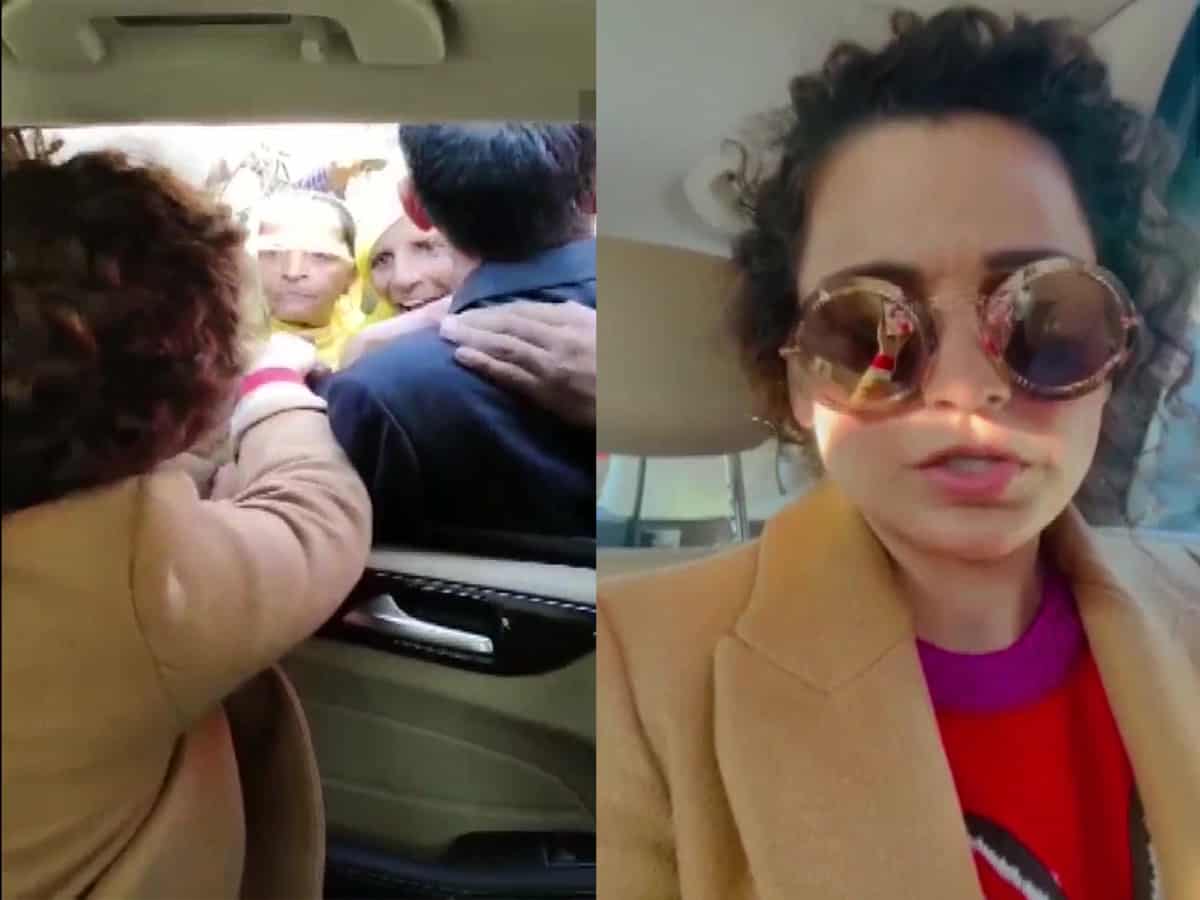 Bollywood actor Kangana Ranaut’s car was stopped in Kiratpur Sahib, Punjab, on Friday by protesters. They have demanded an apology for her statements against farmers who had been campaigning against the centre’s controversial farm laws that were finally repealed this week.

Kangana is an ardent supporter of the ruling BJP and she often called the thousands of farmers who have been fighting for over a year as terrorists, Khalistanis and “anti-social elements”.

The actress was passing through the area with her security and several people stopped her car by waving flags and shouting slogans. Visuals from the area showed the actor’s white car surrounded by a large number of farmers. Police personnel could also be seen there and managing the crowd.

“I have been surrounded by a mob here. They are abusing me and threatening to kill me,” she claimed in a video posted on her Instagram Stories. “This mob lynching in public. What would happen if I don’t have security with me. The situation here is unbelievable. Am I a politician? What is this behaviour?” she questioned. It is reported that Kangana spoke to some women protesters and managed to leave the place after a truce.