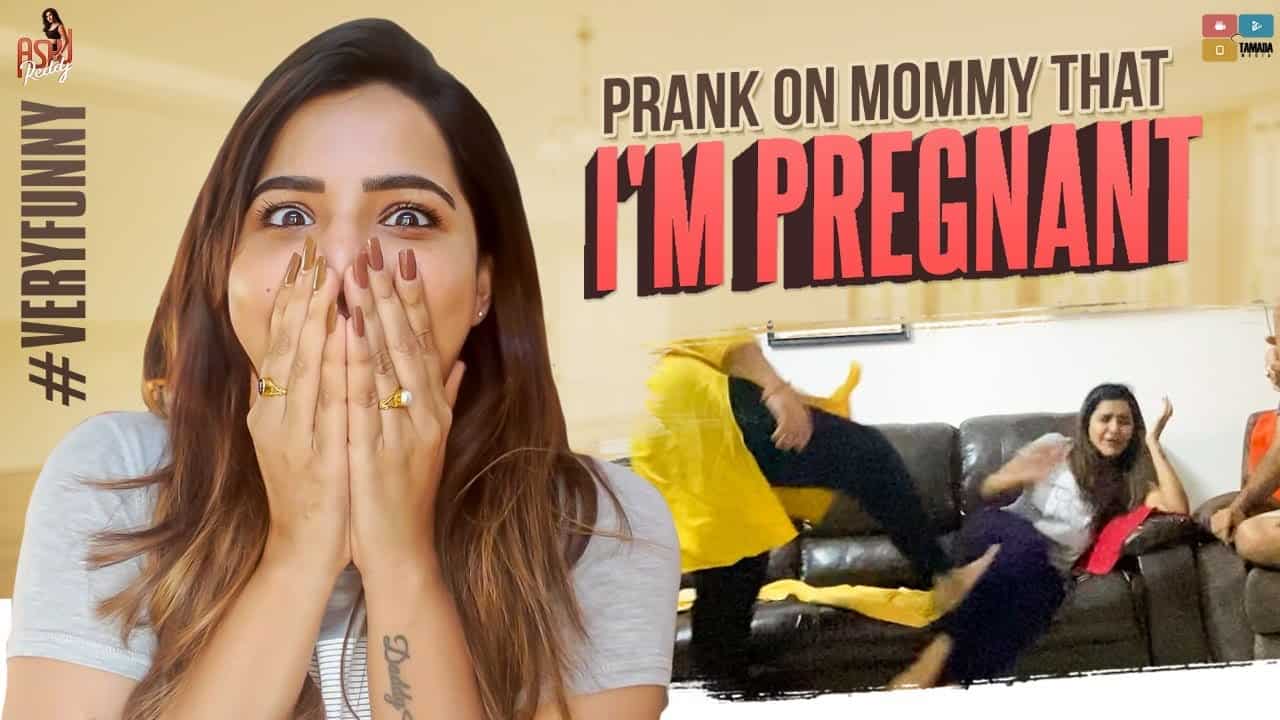 Ashu Reddy needs no introduction to the young generation audiences. This social media celebrity shot to fame as Samantha’s doppelgänger and through her dubsmash videos. Ashu had also participated in Bigg Boss Telugu season 3.

Of late, Ashu has been doing Youtube content and is increasing her social media fan base. A few months back, she participated in an interview with Ram Gopal Varma. Many netizens found it cringy and trolled Ashu for the same. Now, she became a victim of the trolling once again.

Just a few days back, Ashu shared a video on her Youtube channel, which is titled, ‘Prank on Mommy That I Am Pregnant’.

In this video, Ashu is seen playing a prank on her mother saying that she hasn’t got periods because she is pregnant. Infuriated by her statement, Ashu’s mother starts slapping her and even kicks her.

Eventually, Ashu reveals that it is a prank and shows the camera she fixed around the place. Her mother gets furious once again and lashes out at her for playing such a prank.

Not only her mother, but even the netizens are not okay with the Prank that Ashu did. Thus, they started trolling her heavily on social media for making such a lame prank. Meanwhile, Ashu is yet to respond to these trolls. On the flip side, the video is spreading like a wildfire on the internet.