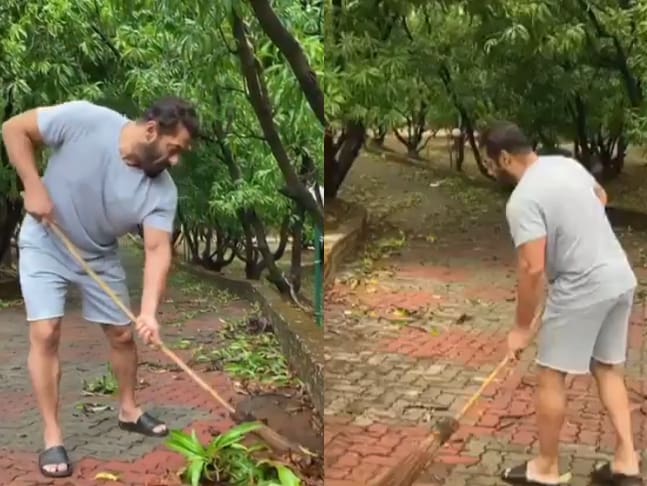 Bollywood Superstar Salman Khan, who will turn 56 tomorrow, left to his Panvel farmhouse a couple of days ago. It is unfortunate to learn that the actor was bitten by a non-venomous snake. The incident took place in the early morning today and he was rushed to MGM hospital in Mumbai for treatment.

The actor was discharged after two hours. It is reported that the snake had bitten Salman Khan’s hand and he was given an anti-venom medicine by the doctors. He was allowed to go home after a few hours of observation.

To the unversed, Salman usually celebrates his birthday every year at his lavish Panvel farmhouse. And in a similar manner, he headed to his farmhouse this year too and planned to host a close-knit party tonight. The actor also spends most of his free time there, working on the farm.

On the professional front, Salman will be seen in a cameo for SRK’s Pathan and Aamir Khan’s Lal Singh Chaddha. And he also has Tiger 3 with Katrina Kaif, Kabhi Eid Kabhi Diwali with Pooja Hegde and ‘Kick 2’ with Jacqueline Fernandez in the pipeline.