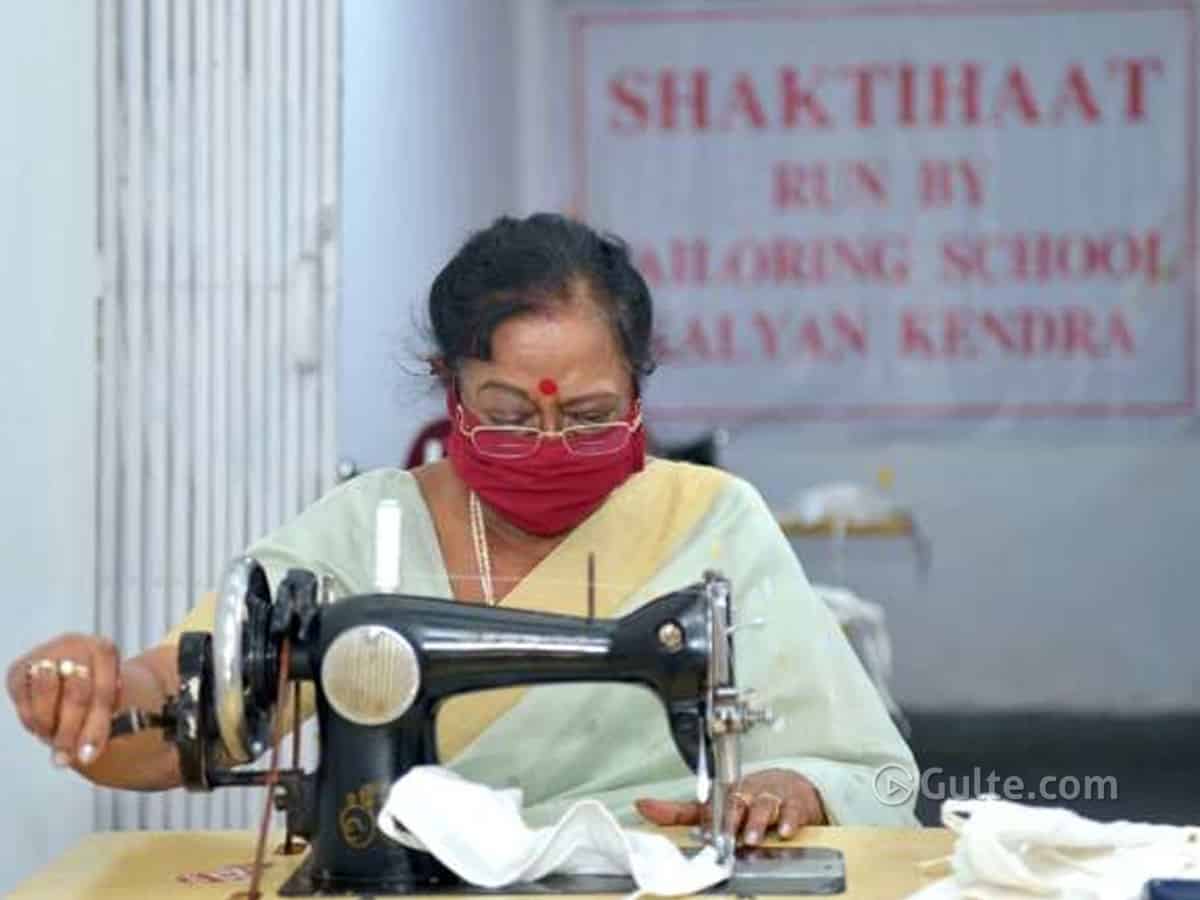 President Ram Nath Kovind’s wife Savita Kovind stitched face masks at Shakti Haat in the President’s Estate on April 22 as a part of fighting against the novel virus and the picture on the same is going viral. The stitched masks by Savita Kovind will be distributed across a few shelter homes among poor people in Delhi.

Twitter and other social media platforms are completely filled with this viral image which shows Savita Kovind stitching in front of a sewing machine, donning a mask herself. The image was first shared by the official Twitter account of BJP Karnataka with the caption, “Here is our First Lady, Smt Savita Kovind, stitching face masks to be distributed at numerous shelter homes in New Delhi. Thank You, Amma for leading by example.”

Soon after, comments poured in from netizens calling her as an inspiring woman. Some users even thanked her for the noble initiative. She has stood as a true epitome and woman of a substance as she stitched maks for poor and needy in this pandemic. This remarkable action has been highly lauded and she is the new ‘SHEro’ in the country. Don’t we need more people like her in this crisis?!