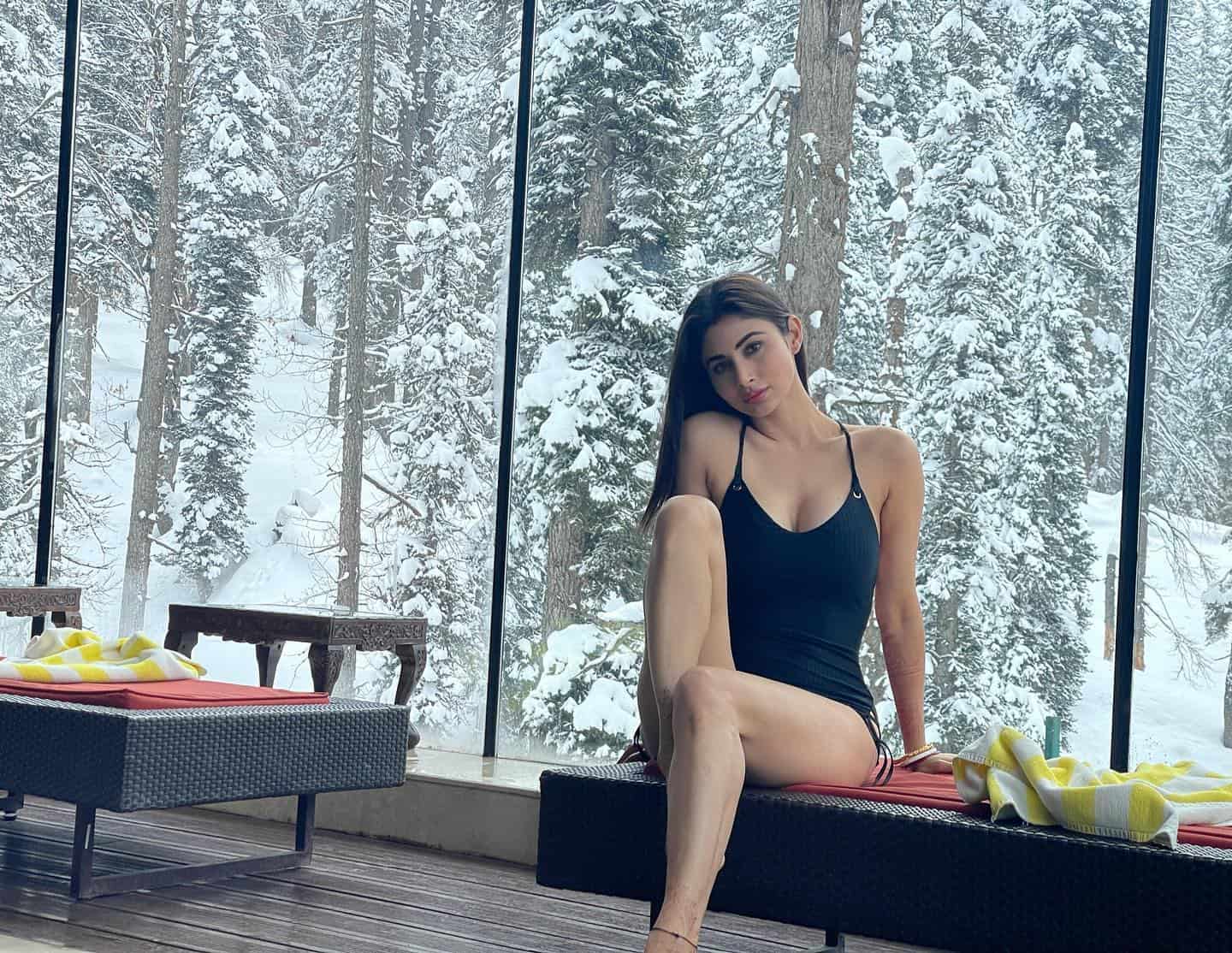 Popular Hindi TV Actress Mouni Roy is super active on social media and her pictures often leave fans mesmerized. The actress got married to her boyfriend Suraj Nambiar a couple of weeks ago and she is currently in Gulmarg, Kashmir, for their honeymoon.

Mouni is treating her fans with regular updates of scenic and snowy views from Kashmir. The actress also shared pictures in a black monokini with a snowy view outside. Her luxurious hotel room has a spectacular view of trees filled with snow and she posed in monokini like a diva. The actress is staying at The Khyber Himalayan Resort and Spa, a five star hotel in the midst of snow-covered mountains. Several TV stars left comments for the photos.

Mouni Roy is a popular face in the Indian television industry and she is famous for shows such as Kasturi, Devon Ke Dev…Mahadev and Naagin.She has also participated in reality shows like Nach Baliye 6, Jhalak Dikhhla Jaa 7 and Zara Nachke Dikha. The actress will next be seen in Ayan Mukerji’s Brahmastra, with Alia Bhatt, Ranbir Kapoor and Amitabh Bachchan.