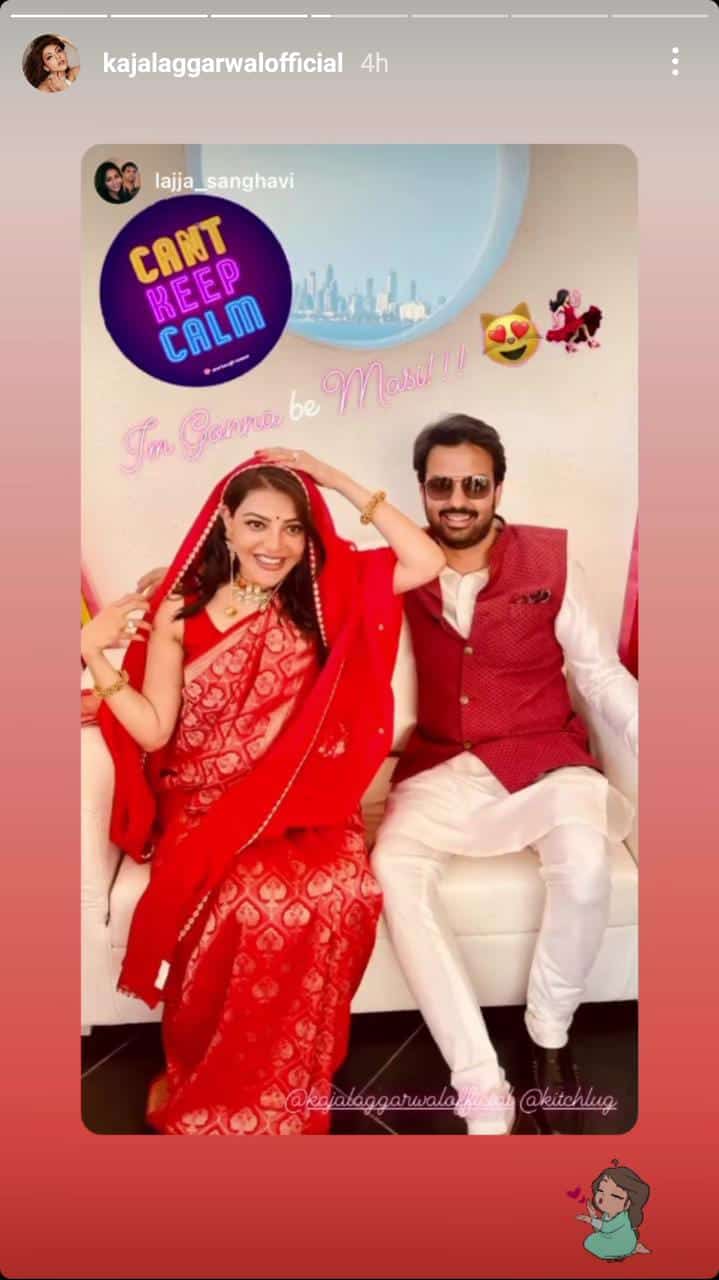 Kajal Aggarwal is in a happy state as the actress is soon going to be a mother. The pregnant Kajal also got a big surprise from her friends and family members as they hosted a baby shower on February 20. Kajal who enjoys a massive fan following on social media treated her fans with the baby shower pictures.

The actress and her husband Gautam Kitchlu were seen involved in rituals and they looked like a dream. Taking to Instagram, Kajal shared a photo holding her main man. She wrote, “Godbharai” as the caption. The pictures are now all over her fan pages and netizens could not stop gushing over the parents-to-be.

The pictures have been flooded with congratulatory wishes. The couple also posed for a picture with their friends and family members. Kajal looks as stunning as ever in a pure banarasi red saree paired with a sleeveless blouse. For the unversed, the couple had made their pregnancy news official on New Year.

On the work front, Kajal Aggarwal will star alongside actors Chiranjeevi and Ram Charan in Siva Koratala’s Acharya. She will also play the lead opposite actor Dulquer Salmaan in Brinda’s romantic drama, Hey Sinamika. Kajal also has a Hindi flick, Uma.