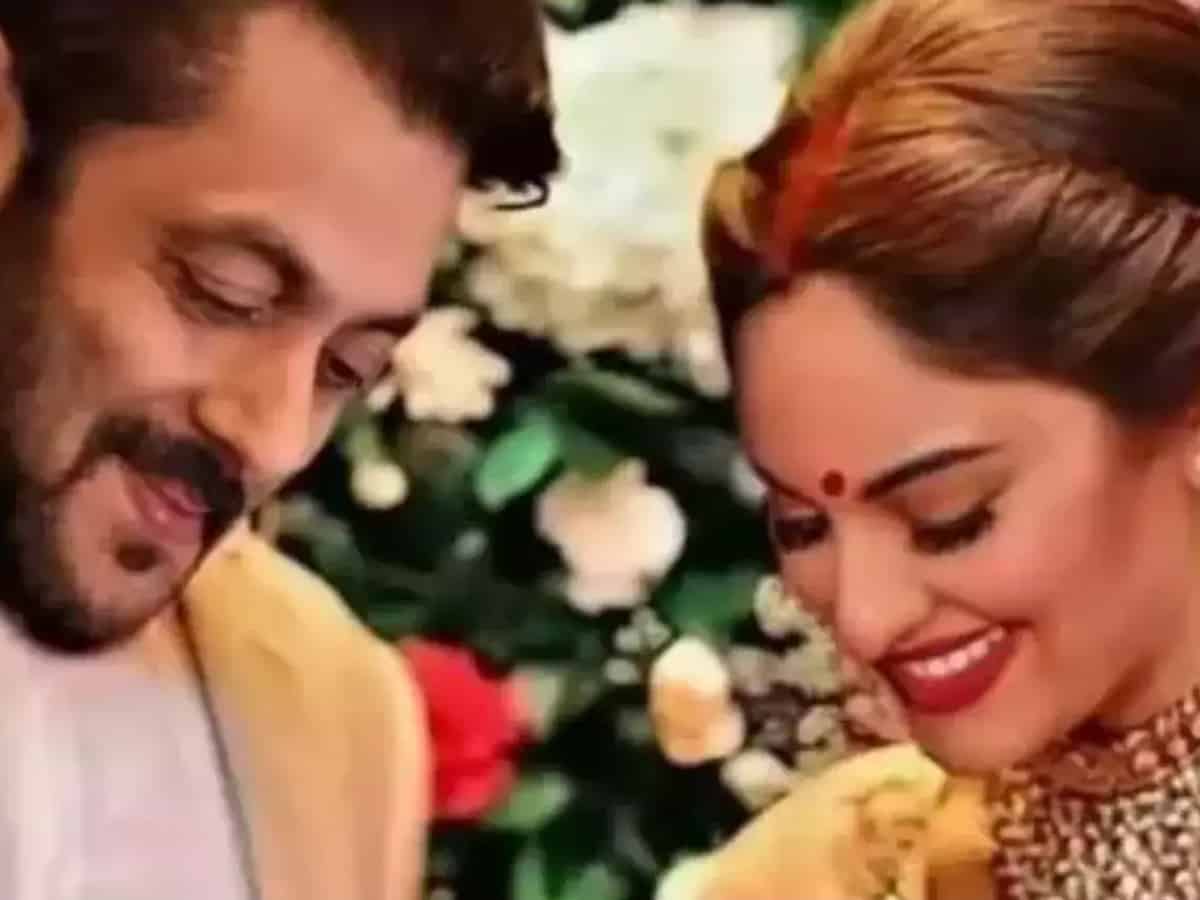 Superstar Salman Khan’s wedding rumours are always rife and people can never get bored of gossips about the actor’s personal life. After years of tackling this question, Salamna Khan tried to answer this repeated question quite differently. On Saturday, the actor shared a hilarious video on his social media platforms which is now making his fans and followers even more curious about his relationship status.

The 56-year-old actor in the video clip is seen in two versions – Hum Aapke Hain Koun’s Prem and his present self. The CGI avatar of Prem asks Salman “Aur shaadi?” To which Salman replies, “Ho gayi (done).” To this, a shocked Prem asks, “Ho gayi?”, Then Salman simply smirks. The video is taken from his new advertisement, and it has gone viral in no time.

Recently, a morphed photo of Salman Khan and Sonakshi Sinha has surfaced on the internet. The photo implies that the two have gotten married. “Are you so dumb that you can’t tell the difference between a real and a morphed picture?” reacted Sonakshi on the photo. Meanwhile, Salman Khan is rumoured to be dating Iulia Vantur. The duo attends any event or weddings together but they have never officially confirmed their relationship.

On the work front. Salman will be seen next in his upcoming film Tiger 3 alongside Katrina Kaif. On Friday, he announced the release date of the film and also shared its teaser. The espionage action thriller, also starring Emraan Hashmi, will release in theatres on April 21, 2023.