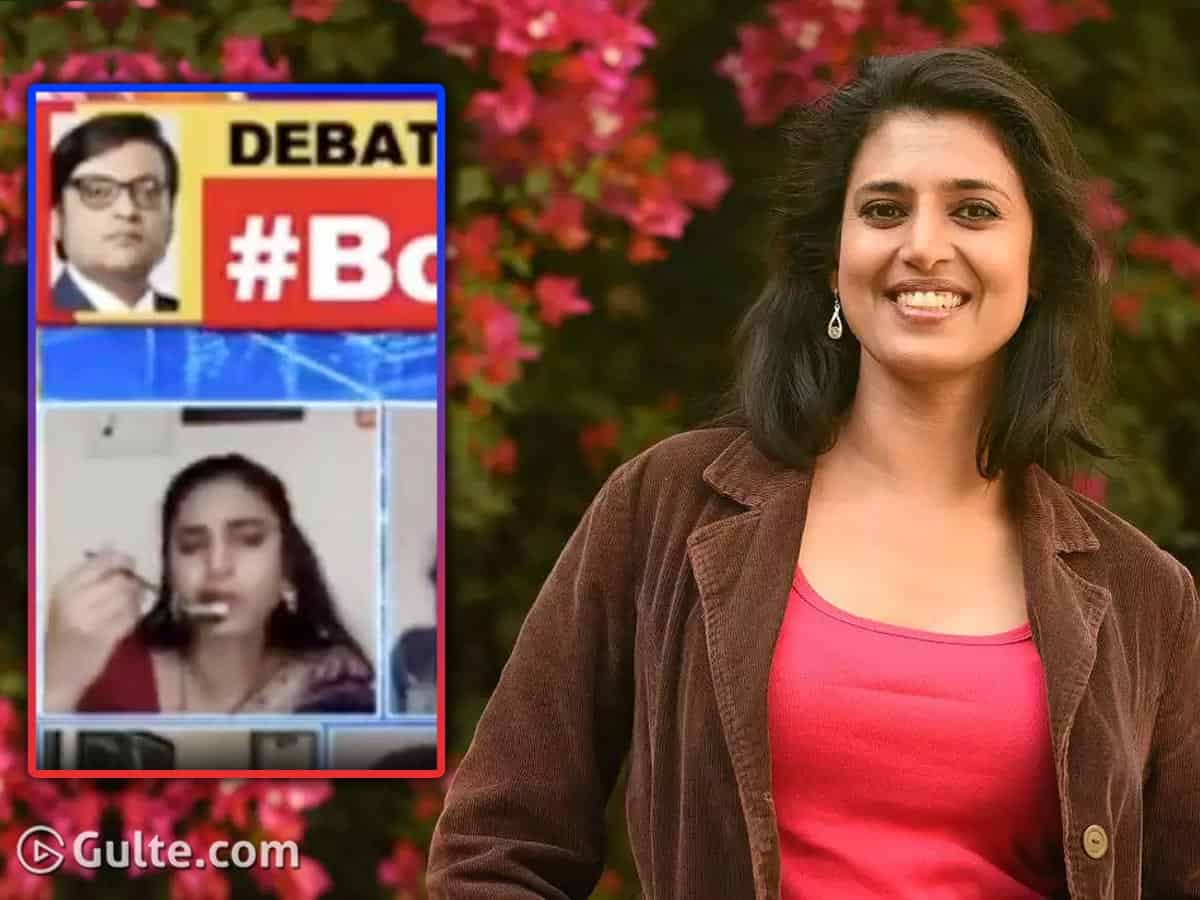 When a super hot TV debate is going on, actress Kasturi Shankar, who was supposed to speak on nepotism, grabbed her lunch box and started eating. Many wondered why would anyone do that on national television that too when they are with a hot-headed TV host like Arnab Goswami.

Ever since the last Sunday afternoon debate on Republic TV regarding Sushant Singh Rajput’s death and nepotism, the likes of Kangana Ranaut’s comments went viral. At the same time, noted actress Kasturi, who is popular for playing Kamal Haasan’s sister in Bharateeyudu movie, also turned up on the debate. But for most of the time, she is busy sitting idle and then she started eating food.

That particular video clip of Kasturi’s eating went viral where netizens hailed her confidence levels. However, the actress clarified that it is not about confidence, but as she got no chance from the hyper-anchor for an hour, she thought it is better to grab lunch. Responding on the same, she stated, “It has nothing to do with confidence. I spent 60 minutes watching Arnab in hypermode, He wasnt gonna let me talk anyway, so I left and grabbed lunch. but forgot to sign off skype. Apologies to everyone for the mess up ! No offence or disrespect intended”.

In another satire, she stated that she is eating Pongal to help her get better sleep in ambient noise.