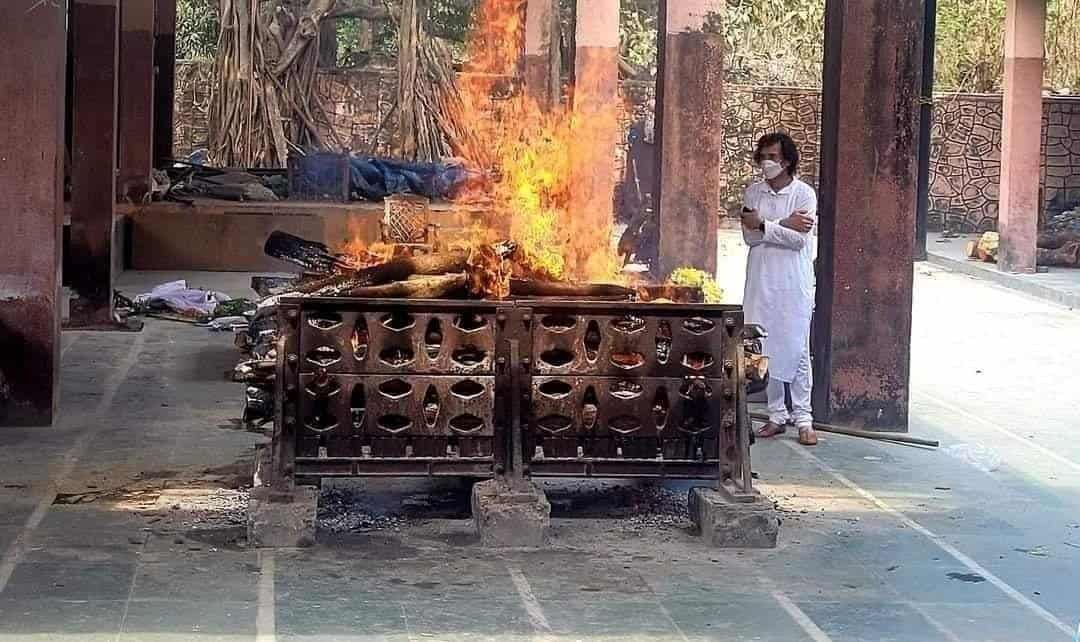 Tabla maestro Zakir Hussain bid a final goodbye to his old friend and santoor wizard Shivkumar Sharma who breathed his last on May10th after battling kidney-related ailments. Shivkumar Sharma’s funeral was held at Mumbai’s Vile Parle’s Pawan Hans Crematorium on May 11th but it’s Zakir Hussain’s gesture that grabbed a lot of eyeballs.

Zakir Hussain lent his shoulder when the mortal remains of Shivkumar was carried to the crematorium and later Hussain was standing alone by the funeral pyre of Shivkumar. These pictures have taken the internet by storm.

Zakir Hussain is one of the greatest tabla players in the world while Pandit Shuvkumar Sharma has been credited for taking the santoor to the global stage. Together they have collaborated for several stage shows, not just in India but across the world.

Ustad and Pandit’s friendship was beyond religion and music and that reflected when Shivkumar was laid to rest.

Netizens were blown away by Hussain’s respectful gesture towards his friend and that’s called true friendship.