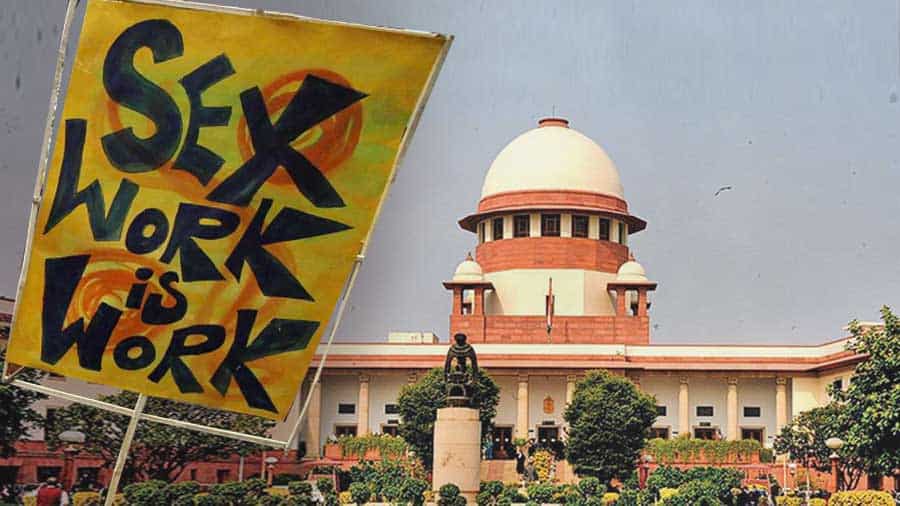 In a significant development, the Supreme Court recognized sex work as a profession and said that those practicing it are entitled to dignity and equal protection under law. It directed the police not to interfere or take criminal action against adult and consenting sex workers.

A three-judge Bench headed by Justice L. Nageswara Rao said that sex workers should not be “arrested or penalized or harassed or victimized” during raids on brothels because voluntary sex work is not illegal and only running the brothel is unlawful.

The court also said that the child of a sex worker should not be separated from the mother merely on the ground that she in the sex trade. “Basic protection of human decency and dignity  extends to sex workers and their children,” the court stated.

“If a minor is found living in a brothel or with sex workers, it should not be presumed that the child was trafficked,” the court said.

The apex court also ordered the police not to resort to discrimination of sex workers when they lodge a complaint in connection with a sexual offence against them. It insisted that sex workers who are victims of sexual assault should be provided with every facility, including immediate medico-legal care.

The court observed that it has been noticed the attitude of the police towards sex workers is often brutal and violent. Sex workers appear to be a class whose rights are not recognized, the court said, calling for sensitization.

The Supreme Court also said that the media should take “utmost care to not reveal the identities of sex workers either during arrest, raid or rescue operations, whether as victims or accused and not publish or telecast any photo of theirs that would result in disclosure of their identities.”

Also, the court said that use of condoms should not be construed by the police as evidence of offence by sex workers. The Bench also directed that the police should send the rescued sex workers to correctional homes for no less than 2-3 years. At the same time, Justice Rao also said that the concerned authorities cannot force sex workers to stay in correction/shelter homes against their will.

The court suggested that the Centre and state governments should involve sex workers or their representatives to reform laws.