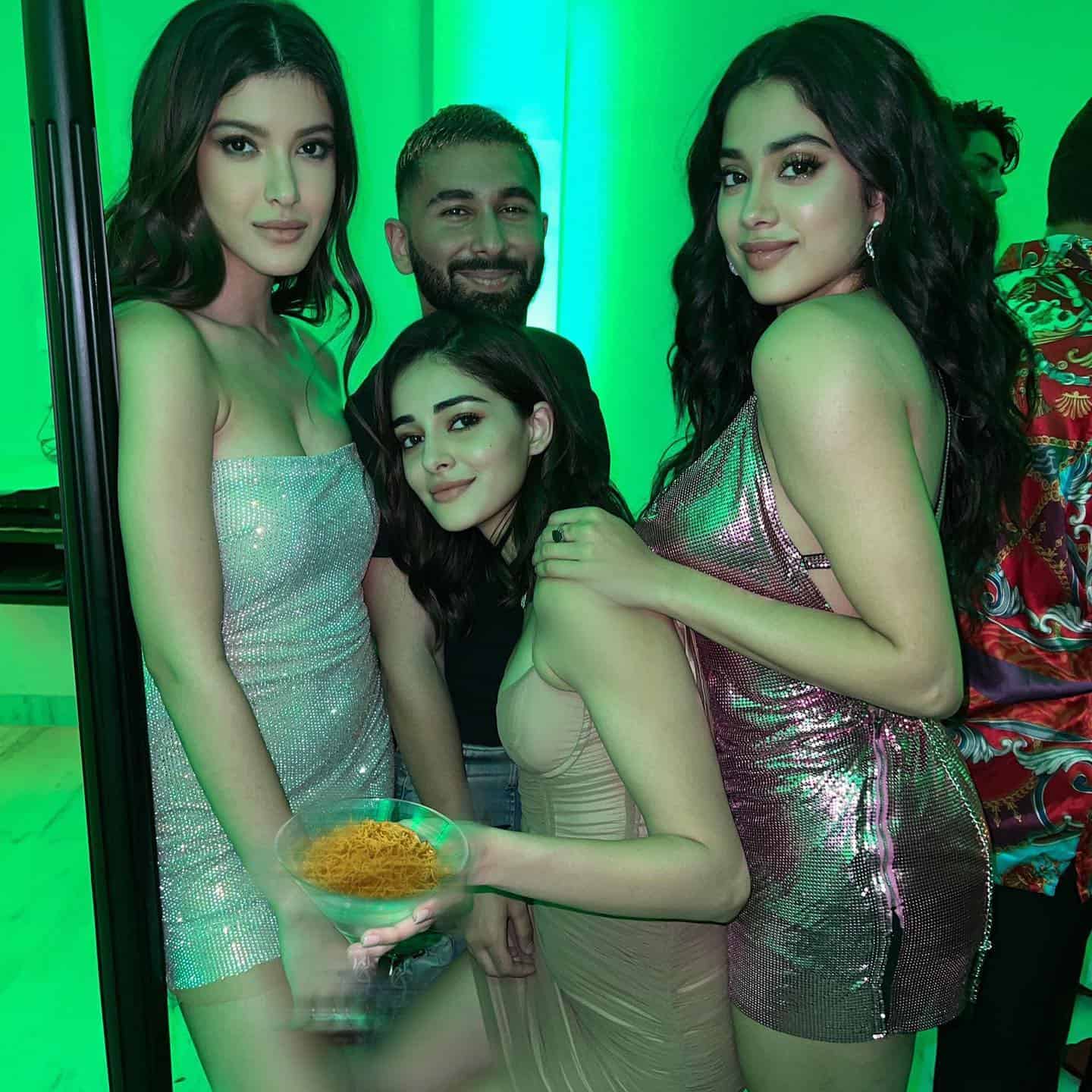 The other day Janhvi Kapoor and her friends welcomed Khushi Kapoor with a small celebration. They all dressed up in shimmery and hot attires for the cocktail party. Janhvi Kapoor, Shanaya Kapoor, Ananya Pandey, Khushi Kapoor, and many others were there at the party.

The pictures of the party and the stunning actresses having a great time are out, of course, posted by Janhvi herself. While all the looks were the glam when the pictures were posted, the internet noticed a weird thing in the same photos the next day. The cocktail glass Ananya Pandey was holding in one of those pictures had ‘Aloo Bhujia’ in it.

Needless to say, the actress did a little photoshop work to put some snacks on her drink for obvious reasons of avoiding the unwanted schooling from the internet users. Well, when there are many a thing that could go on a cocktail glass instead of aloo bhujia, Ananya’s thought to add some snack to the drink is witty enough.