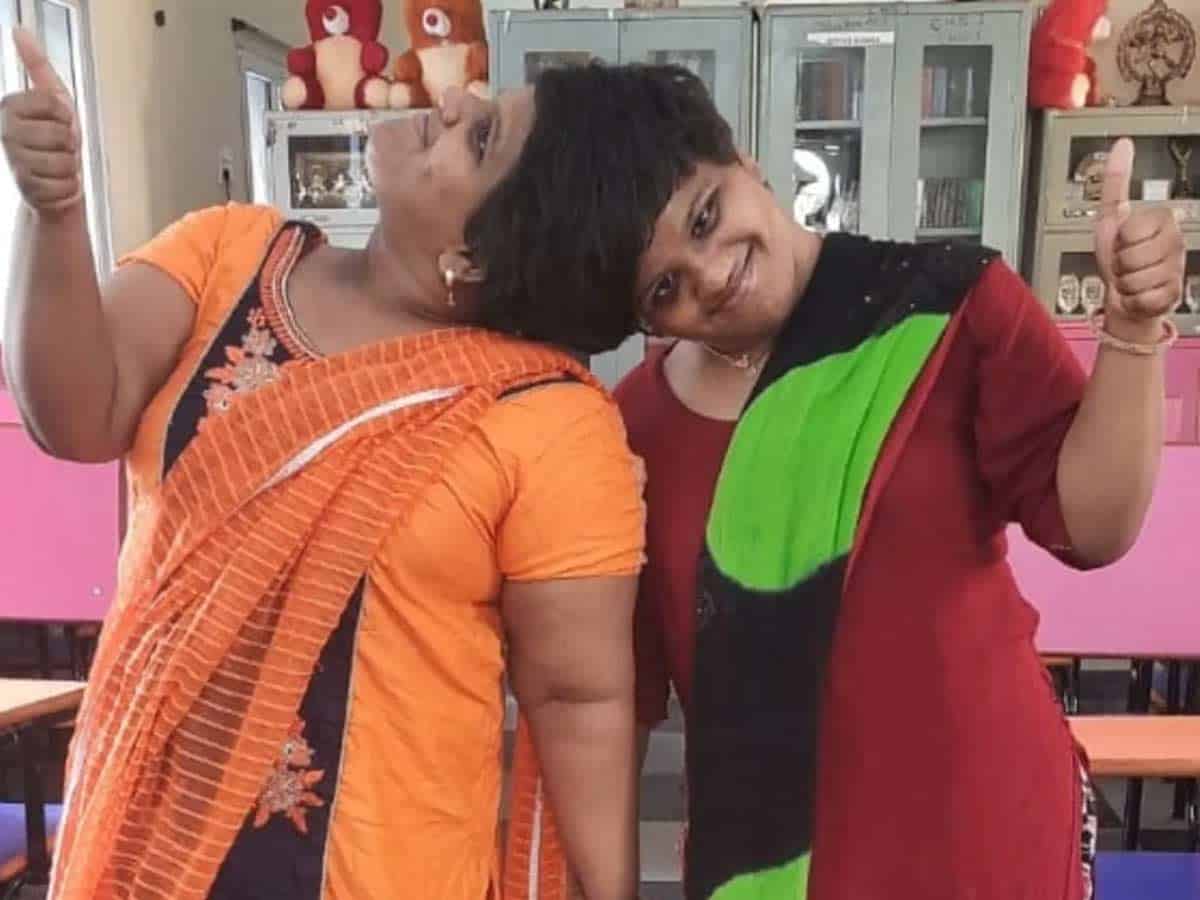 Top of all, it is said that despite being conjoined twins, both have refused to use any of the special privileges granted to them by the Telangana Board of Intermediate Examination to take class 12th examinations. They have not even used the extra time given to them to write the exams and completed them 5 minutes ahead.

Sharing their happiness, Veena and Vani said, “We are very happy to have passed the examination and thankful to the Telangana government for making all the necessary arrangements for us”.

For those who don’t know, Vani and Veena are craniopagus twins attached by their skulls but have separate brains. Born in the year 2002 to Murali and Nagalakshmi, the daily wage laborers, the twins are abandoned by their parents and are admitted to the hospital at a small age itself.

But doctors had been unable to separate the twins due to the fact that they shared critical blood veins. When asked to take the girls home, their parents declined, citing a lack of resources to care for the twins.

Later the twins received treatment at Niloufer Hospital in Hyderabad. Many of the doctors said it’s very complicated to separate them. It was estimated that the complex procedure to separate them would cost around Rs 10 crore.