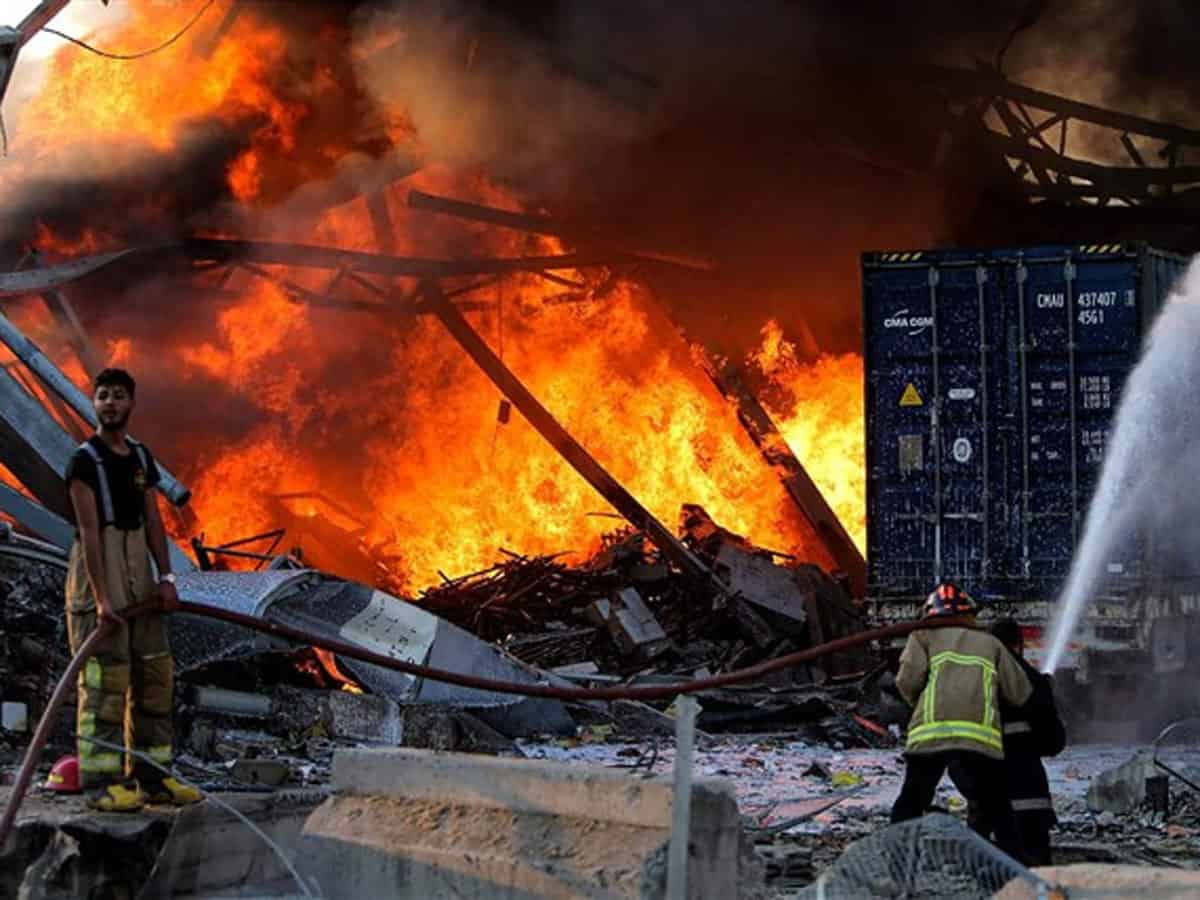 The videos of a massive explosion at Lebanon capital Beirut on Tuesday evening surfaced on the internet hours ago. The reports on casualties are coming up now, and the explosion seems to have claimed more than 78 deaths.

The blasts that have been centered on the city’s port area has left nearly 4000 people injured. The hospitals in Beirut have reached full capacity due to the blast. Many people are still missing until now and people have been inquiring about them with the emergency department.

The buildings as far as 10 kilometers away from the blast site were also damaged. The blast formed a mushroom cloud with a giant red cloud over the capital. The Beirut port is totally destroyed.

The US embassy is asking the people in Beirut near the explosion, to wear masks due to reports on toxic gases. The blast tremors were felt at the Cyprus which is hundreds of os miles away from the site and is registered as a 3.3 magnitude earthquake in Beirut.