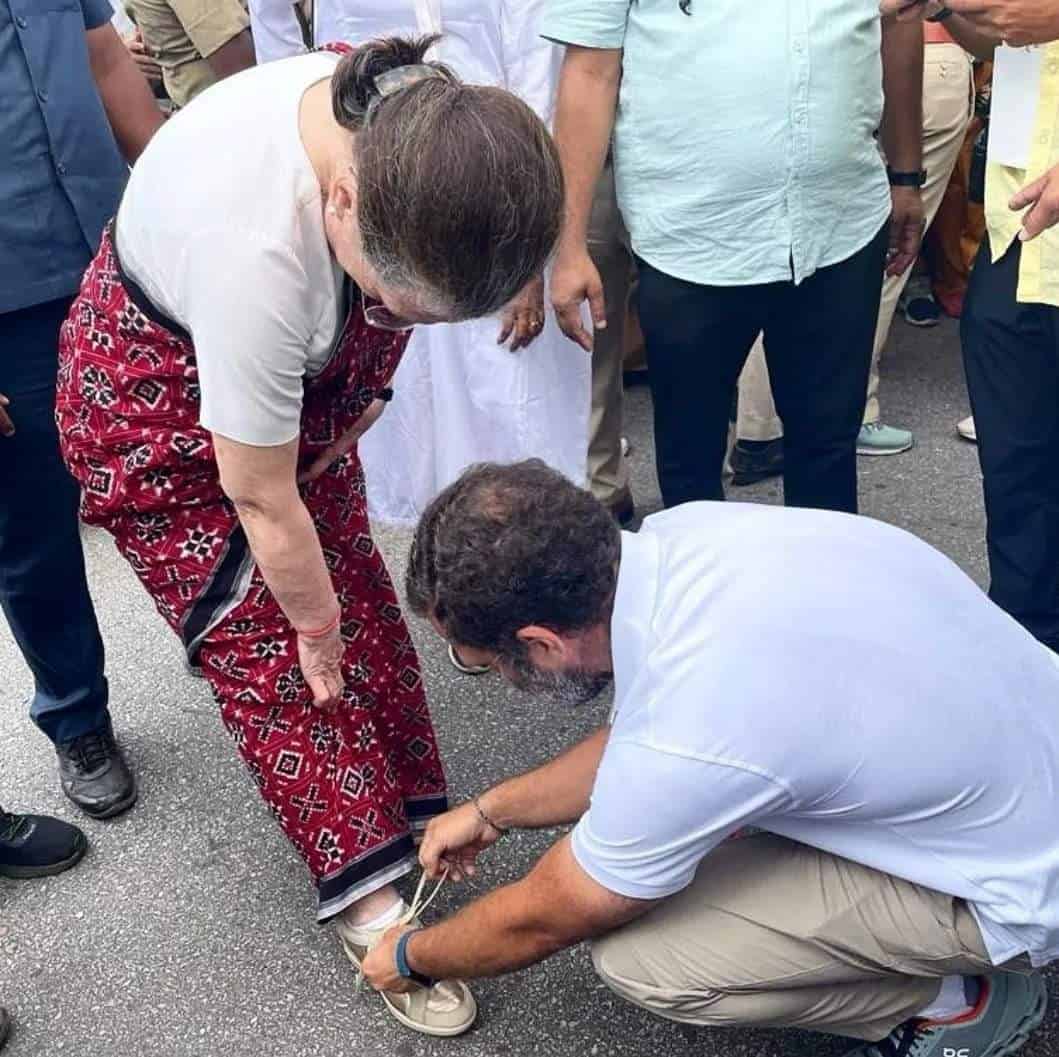 Before Sonia commenced her walk, she was given sports shoes by Rahul Gandhi. An interesting incident took place here as RaGa kneeled before Sonia to tie the shoe laces. A picture of the same was posted on social media by Congress MP Shashi Tharoor and the pro Congress supporters are sharing it widely.

“Even if she breathes, she also has prayers. Mothers do not break, mothers are mothers!” captioned Shashi Tharoor in the picture. Likes are pouring down for this picture and also yatra has spirited the Karnataka Congress and it is hopeful of upsetting ruling BJP.

The ‘Bharat Jodo Yatra’ by Rahul Gandhi will cover 12 states in its 3,500-km long march from Kanyakumari to Kashmir. This Yatra entered Karnataka on September 30th and RaGa will cover 511 kilometres in the state.