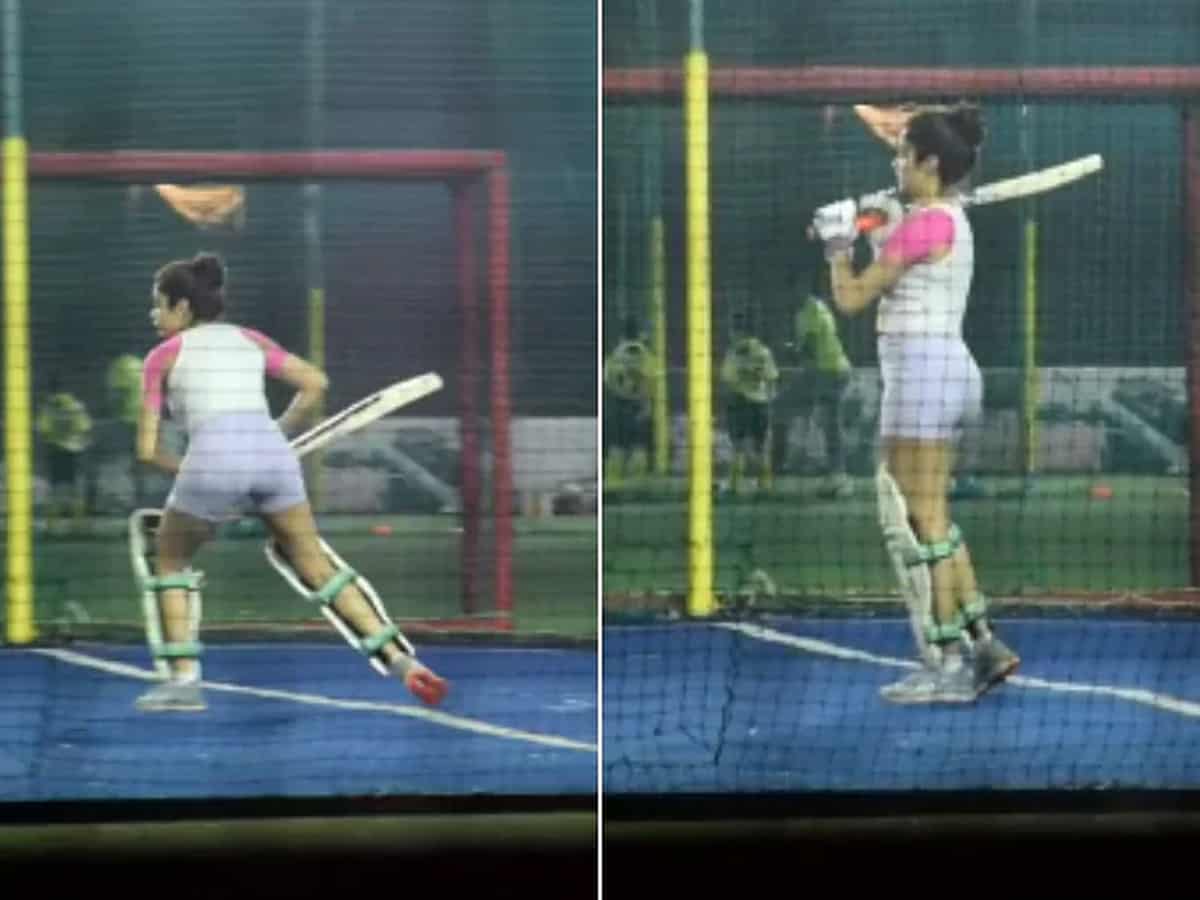 Apparently, a video of alluring beauty Janhvi Kapoor practicing cricket in the nets has surfaced right now. Dressed pretty sexily for the game of cricket, the dazzling star wore a tight short and tank top to play cricket. Ever since this video is out, the actress is receiving both praise and brickbats.

In her upcoming film “Mr and Mrs Mahi”, actually Janhvi is playing the role of a cricketer torn between the game and her personal life. To prepare for this movie, she is now practicing cricket everyday while someone has secretly shot her playing the game in the nets other day.

A section of fans are completely appreciating the hottie for her dedication towards the role, and also they are praising her for getting her posture and action right when she hit that straight drive. No doubt, she’s looking like a real cricketer only if that practice session is anything to go by.

But then there are trolls who are leaving comments that Janhvi is doing things only for publicity. They say that there is no need to wear pads and gloves when practicing with a tennis ball, and the actress dressed up glamorously only to attract attention but nothing else. Well, trolling became part and parcel of life for many these days, and no matter what the opposite person does, they troll.