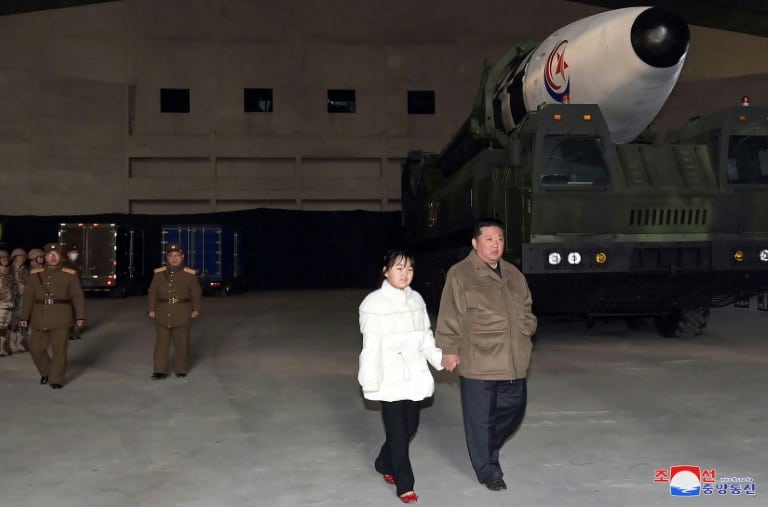 Multiple media reports claimed that she is named Kim Chu-Ae/Ju Ae. She joined her father for an inspection of a major intercontinental ballistic missile launch on Friday. North Korea has been testing many missiles in the recent past and this brought tensions in the South Asia region.

Kim is believed to have as many as three children, two girls and a boy with his wife, Ri Sol Ju. The one with whom Kim Jong walked hand-in-hand might be 12 to 13 years old. The media observers believe that this is some kind of indication of fourth generation hereditary succession to rule North Korea.

Since Kim is unpredictable, the media cannot confirm what Kim was trying to suggest by walking with his daughter for a ballistic missile launch.