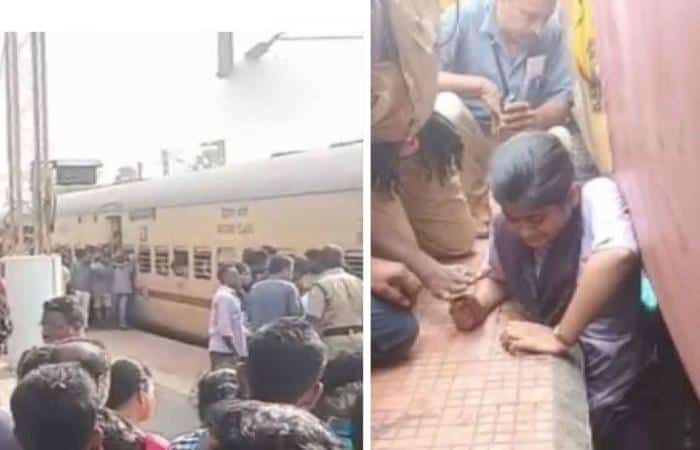 In an utter tragic incident, a student named Sasikala who was injured at the Duvvada railway station yesterday is reported dead while undergoing treatment in a hospital. The 20-year-old student got stuck in the gap between the train and the platform yesterday.

The unfortunate incident happened on Wednesday when she was de-boarding the Guntur-Rayagada express. Immediately, the Railway Protection Force rescue team has come into action to rescue the girl.

After one-and-a-half-hour-long efforts, the RPF team freed the girl from trouble. However, by then, she experienced extreme pressure and pain. She was shifted to KIMS Hospital by the railway staff, where she was given treatment.

But, the doctors found her ankle twisted and the officials had to cut off a part of the platform to free the girl. Despite trying the best and providing the treatment, the doctors could not save the girl.