Lockdown: Porsche car owner made to do sit-ups 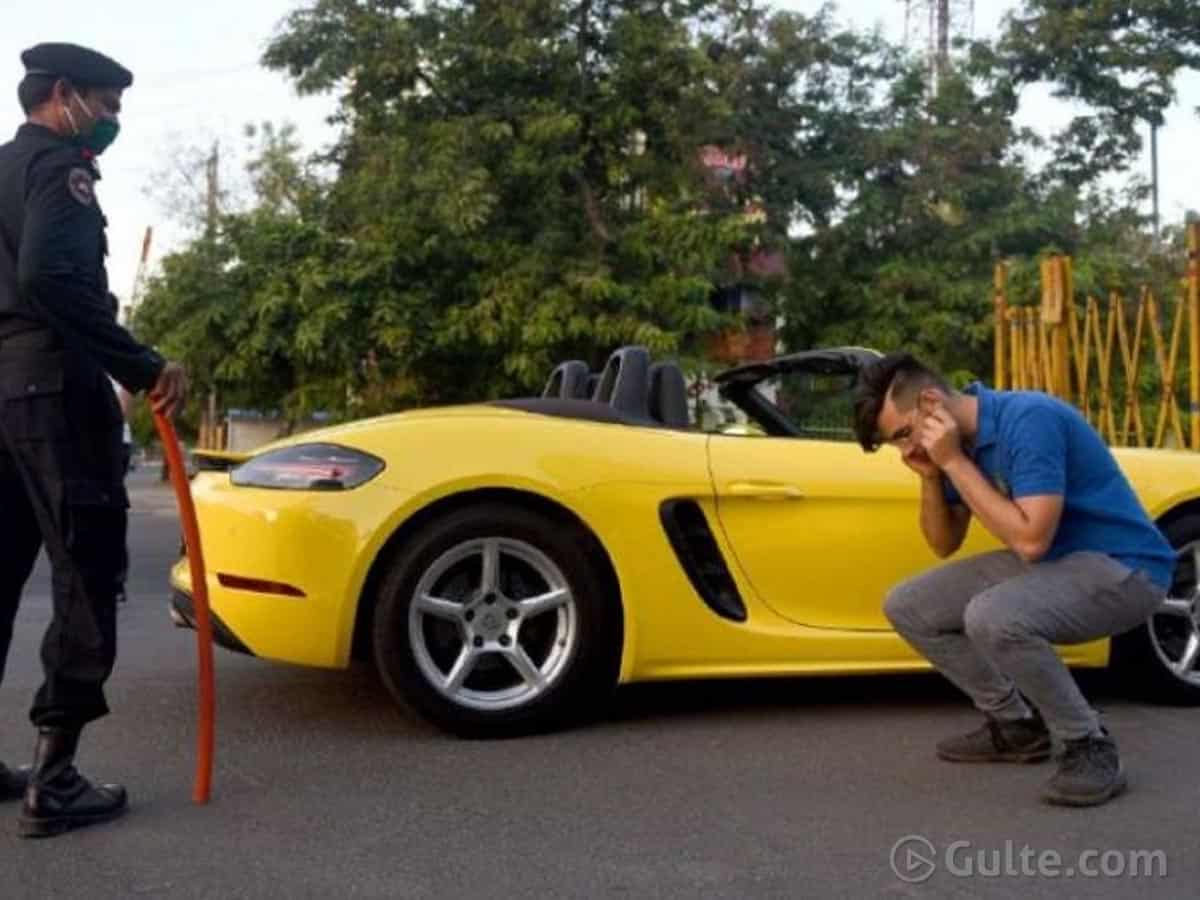 The reason behind the strict imposition of lockdown in India is very understandable – to curb the novel virus. To make sure nobody gets infected, the government has kept reiterating about the gravity of the situation and seriousness in following lockdown. Also, people are supposed to step out of their houses only in extreme and unavoidable emergencies.

Instead of staying indoors for our own safety, a few people like 20-year-old Sanskar Daryani come outside and break the rules. This young man who came out amid strict lockdown, driving his luxury Porsche convertible car, was stopped by Indore cops and made him do sit-ups as a penalty. The man was first stopped by volunteers who are helping the police in enforcing the lockdown and Sanskar Daryani, who was driving a yellow two-seater plush car on the empty road and no signals, was spotted by the city’s security council spotted him.

The cops asked the man why he was out on the road amid the lockdown. Mr. Daryani was also caught without maks and least understanding of the situation. While he was showing his vehicle papers and trying to make excuses, a council member in a black uniform came with a stick and ordered him to do sit-ups. He is seen holding his ears as he obeys the security person.

Sanskar Daryani is the son of Indore businessman Deepak Daryani, who owns Asha Confectionery. Now his family members claim that though his son has a curfew pass and driving license, the city security council officials allegedly misbehaved with him. On the other hand, the 20-year-old said that he was not out for fun but went to donate food packets for the poor.

“In spite of showing them my pass they verbally abused me and asked me to do sit-ups. I tried to talk to them but they didn’t listen. I then followed their orders. They filmed it, cracked jokes and then asked me to leave,” he said. Deepak Daryani, who was outraged with his son’s humiliating situation, have filed a complaint with the police against the civilians for punishing his son