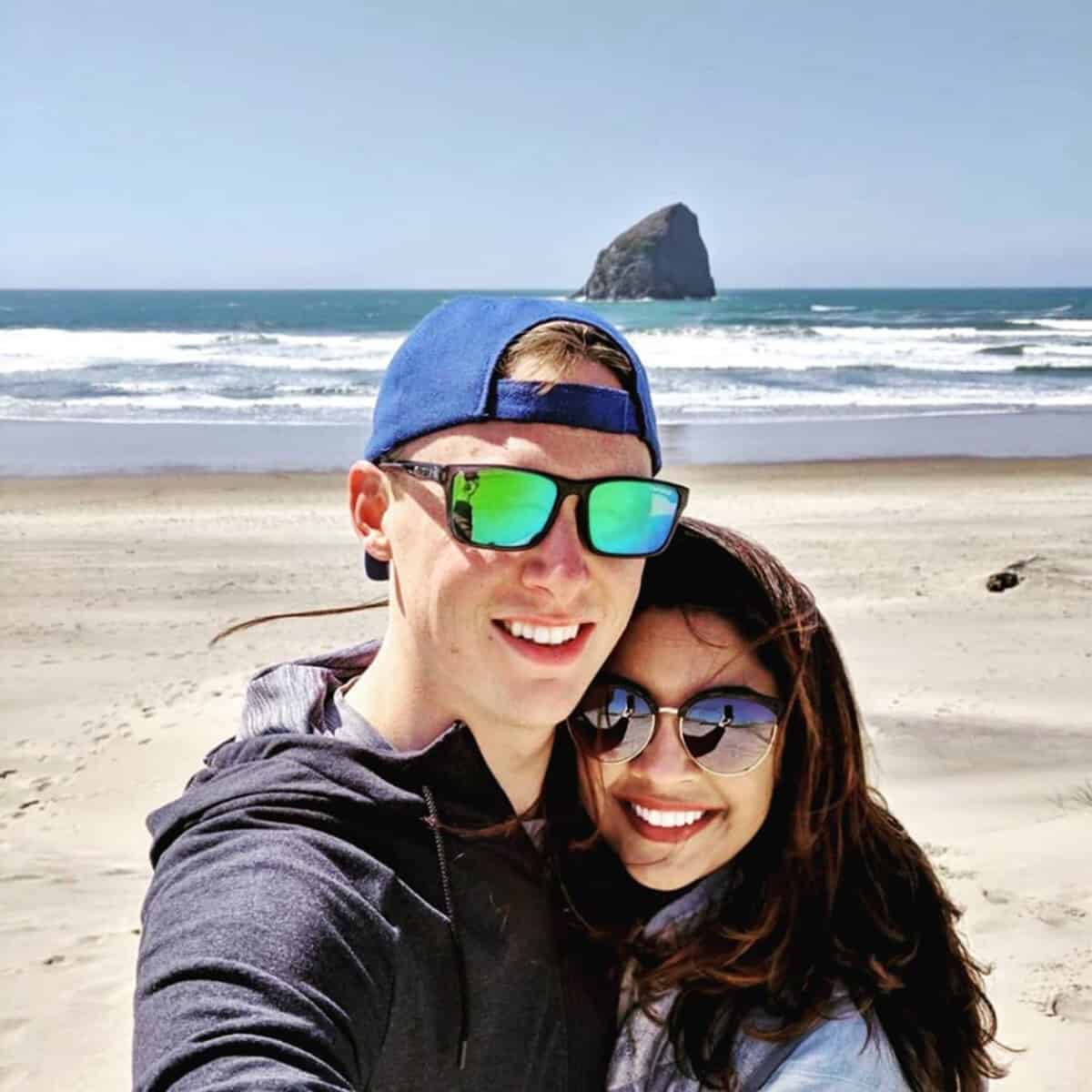 Beautiful actress Richa Gangopadhyay quit films years back and she’s been the same happy girl, married and settled down in the Oregon state in the US, where she is from. Richa has been on Twitter but not very active these days, and now she is on Instagram officially.

Yesterday, she posted a picture of herself hugging her husband Joe Langella, an old picture clicked at Haystack Rock at Pacific City in Oregon state.

Richa looked super happy in the picture and with her quote we know that it was clicked before her wedding. She wrote ‘Old Pic. Same Man. New Name. #RichaLangella @itsofficial #Byegopadhyay.

Seeing Richa’s pictures and her being active again on Social media is making her fans across the world happy. It looks like she is yet to get her blue tick on the Instagram account and the girl is right now getting the fake accounts on her name suspended at Twitter.