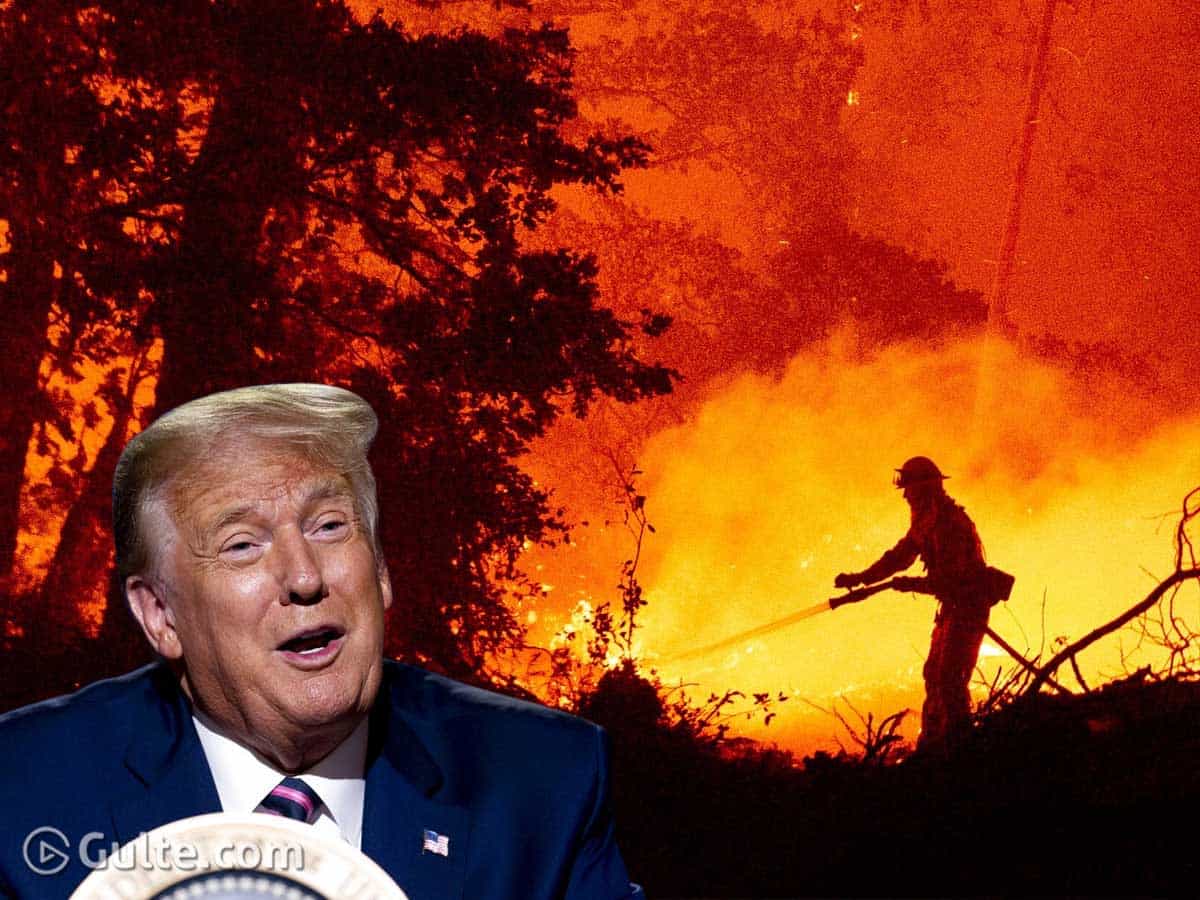 US President Donald Trump seems to have no idea how forest fires erupt. In what can be termed as false and unscientific claim, Trump said that ‘trees just explode’ starting the wildfires that spread to larger areas. The wildfires in US have been raging unabated burning millions of hectares for the last few days.

Further, Trump said that wildfires are caused by poor maintenance of forest areas making them more combustible. “There has to be strong forest management,” he said.

“With regard to the forests, when trees fall down after a short period of time, about 18 months, they become very dry. They become really like a match stick,” he added. “They just explode.”

This year, fires across California, Oregon and Washington state have burned more than five million acres and killed dozens of people. Wild creatures were also reported to have got burnt in the fires. Hundreds of thousands of people have fled from their homes near the forests due to the heat and fire.

The infernos, accompanied by noxious fumes, have devastated entire towns by driving people out of their homes as they sustained in the air for days, making breathing difficult.

On the third day of his election campaign in Sacramento, Trump denied the argument of officials that a heating climate leads to forest fires. He said: “It will start getting cooler. You just watch.” However, he did not offer any evidence for the theory.

Scientists across the world are agreeing that the world is getting warmer due to human activity. The man-made climate change intensifies droughts, creates ideal conditions for wildfires to spread out-of-control and cause unprecedented damage.

Much of the West Coast has been blanketed in smog for days making the people choke for breath.

Wildfires are still active in many areas of US West Coast.