Covid-19+ Trump Comes Out Of Hosp To Wave Supporters 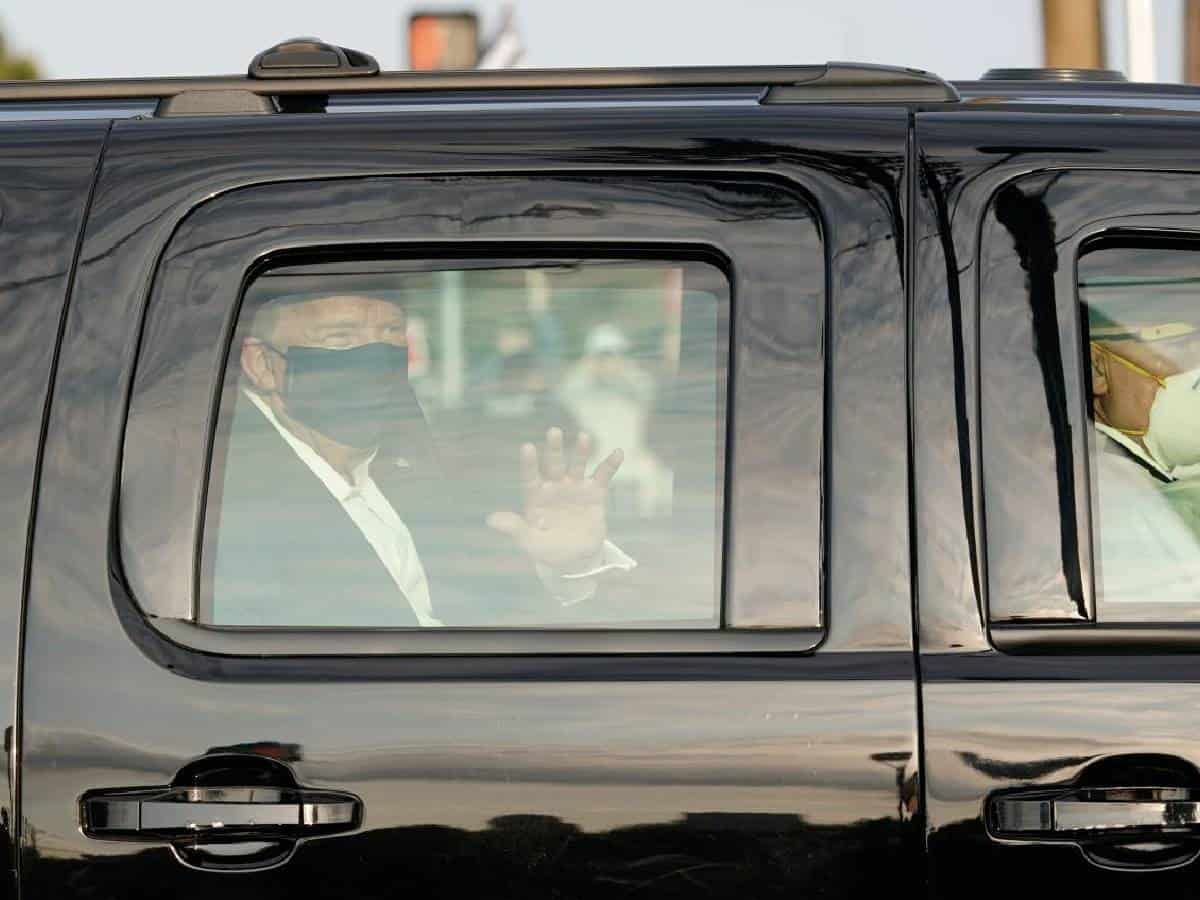 It is a known fact that the US President Donald Trump has been tested positive of the Covid-19 and was admitted to Walter Reed National Military Medical Center, Washington. But as the Presidential elections are just weeks away, Trump has stepped out of the hospital to wave his supporters.

In order to retain the President seat, Trump made this daring attempt and this is something that should have been avoided. Pictures and videos of Trump in the high security President’s car have surfaced on the internet. Putting his both thumbs up, Trump was seen wearing the mask while the car driver was wearing a PPE kit.

“I really appreciate all of the fans and supporters outside of the hospital. The fact is, they really love our Country and are seeing how we are MAKING IT GREATER THAN EVER BEFORE!” tweeted Trump after his short campaign.

However this did not go well with the medical experts and slammed Trump for doing such a daring stunt and risking others lives. George Washington University’s disaster medicine chief said that every single person who was outside the hospital needed to be in quarantine for at least 14 days.

But the White House has defended this act of Trump. In a statement it said, “Appropriate precautions had been taken to protect Trump and his support staff.”

That’s seriously a bad idea from Trump to come out of the hospital and wave to his supporters. The infection is contagious and Trump should have done a video streaming instead.