IPL 2020: SRH Gets A Thumping Win Against Delhi Capitals 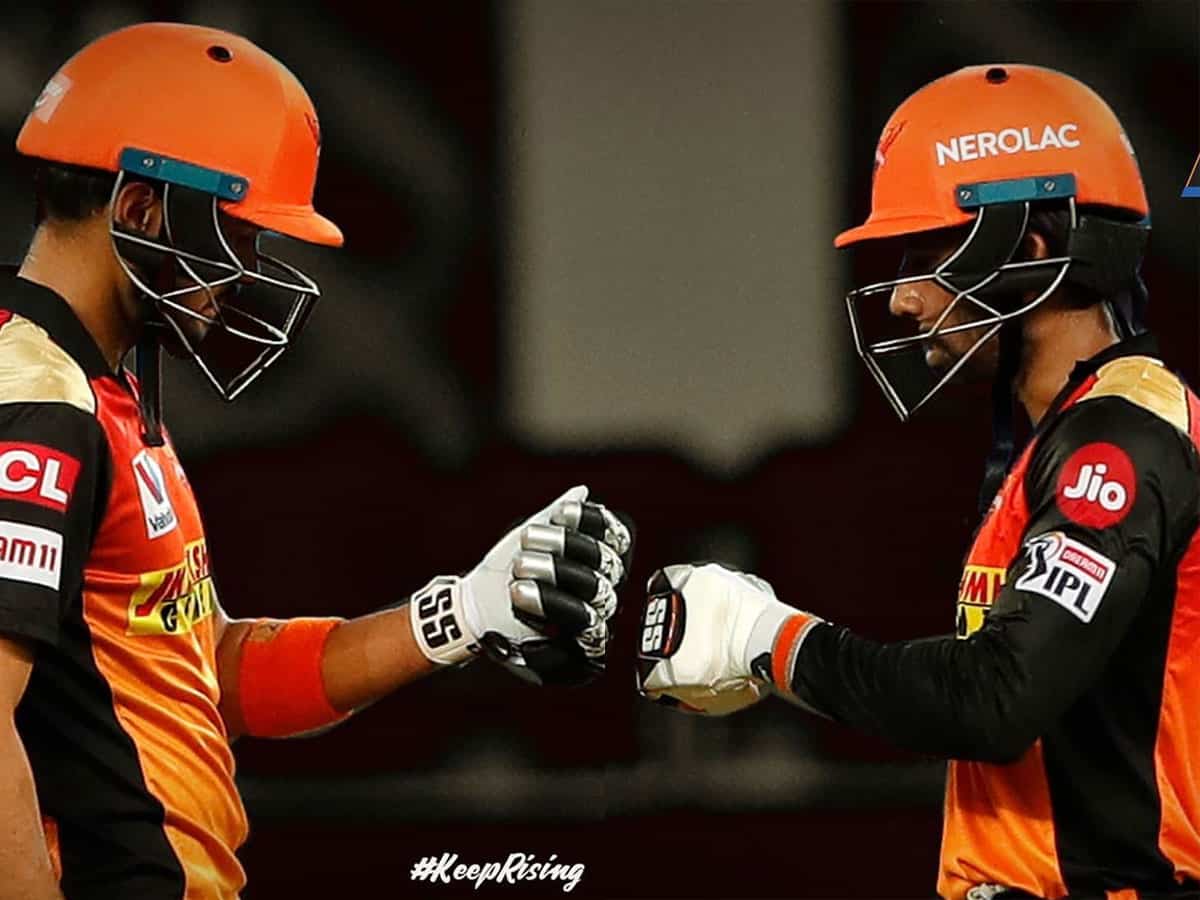 After witnessing some close losses and dismal performances by their favourite team, the fans of Sunrisers Hyderabad finally got a chance to see their side’s full potential tonight. SRH’s dominating performance has handed them a thumping 88-run victory against Delhi Capitals. With this win, SRH still remains alive in the playoff race with some bleak chances.

Delhi’s captain Shreyas Iyer won the toss and elected to bowl. SRH banked on this opportunity as its openers David Warner (66) and Wriddhiman Saha (87) gave a stunning start. They scored 77 runs off the powerplay overs. Warner registered another half-century of this season. After putting up a 107-run stand for the first wicket, Warner got out. Then, Saha and Manish Pandey (44) carried on the momentum further. Saha found the gaps well and hit boundaries in every over. When he was looking great for making a century, Nortje dismissed him. With the help of Pandey and Williamson (11) in the backend of the innings, SRH managed to score 219/2 in 20 overs.

Sunrisers got a stunning start on the bowling front as well. Sandeep Sharma (2/27) dismissed Shikhar Dhawan right in the first over. In the second over, Nadeem got the wicket of Marcus Stoinis. Spin magician Rashid Khan scalped the wickets of Rahane and Hetmyer in the seventh over. Vijay Shankar got Iyer in the 12th over. Rashid registered his best figures in IPL career (4-0-7-3) by dismissing Axar Patel. Except for Rishab Pant (36), no other batsman stood up for Delhi. After Pant’s dismissal in the 17th over, Delhi’s loss was certain. Finally, they ended their game by getting all out for 131 in 19 overs. Natarajan scalped two wickets by giving away 26 runs. SRH will next face Royal Challengers Bangalore and DC will take on Mumbai Indians on October 31.