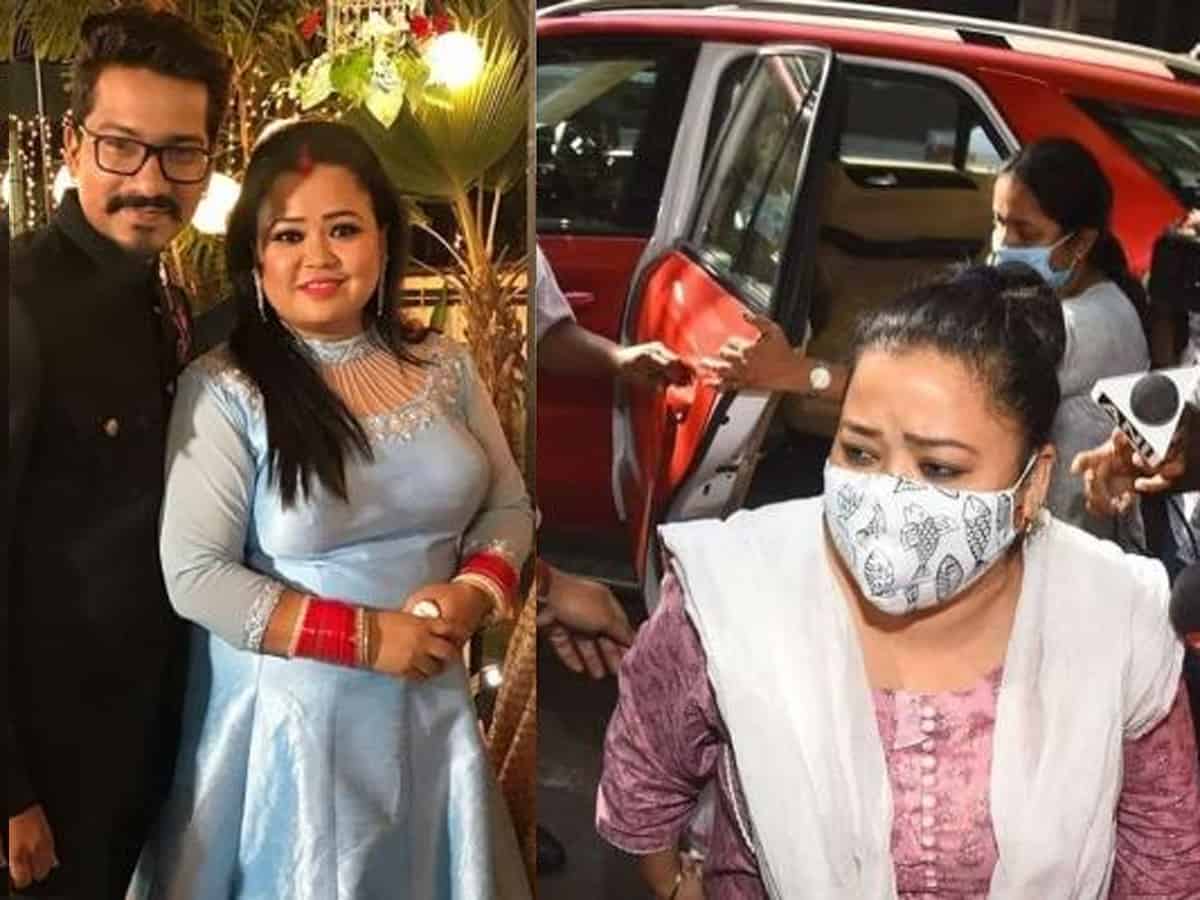 Bollywood’s star comedian Bharti Singh has been arrested by the NCB in a drug case. The actress reportedly confessed to consuming Ganja. The NCB is also interrogating Bharti Singh’s husband Haarsh Limbachiyaa.

Earlier, the Narcotics Control Bureau conducted raids at the couple’s residence and production office. The names of Bharti Singh and her husband came up in the NCB’s investigation into Bollywood’s drug racket and they are accused of consuming banned substances. There were also reports that the raid teams found ganja at Bharti’s Andheri residence and that led to the interrogation and confession.

Bharti Singh was arrested as per the provisions of the NDPS Act 1986, while Haarsh is still being grilled in the same case. NCB told ANI, that the agency raided Bharti’s production office and house and found 86.5 gms of ganja from both the places.

The NCB also summoned Arjun Rampal and his wife Gabriella Demetriades with alleged links in the drug racket case. The NCB conducted raids at Arjun Rampal’s residence on November 9 and they found medicines that come under the NDPS act. Arjun Rampal’s wife’s brother Agisilaos Demetriades was arrested in Lonavala for dealing drugs. He was accused of having links with Dipesh Sawant and Samuel Miranda. Rhea Chakraborty and Showik Chakraborty were arrested in the drug procuring and abuse case.