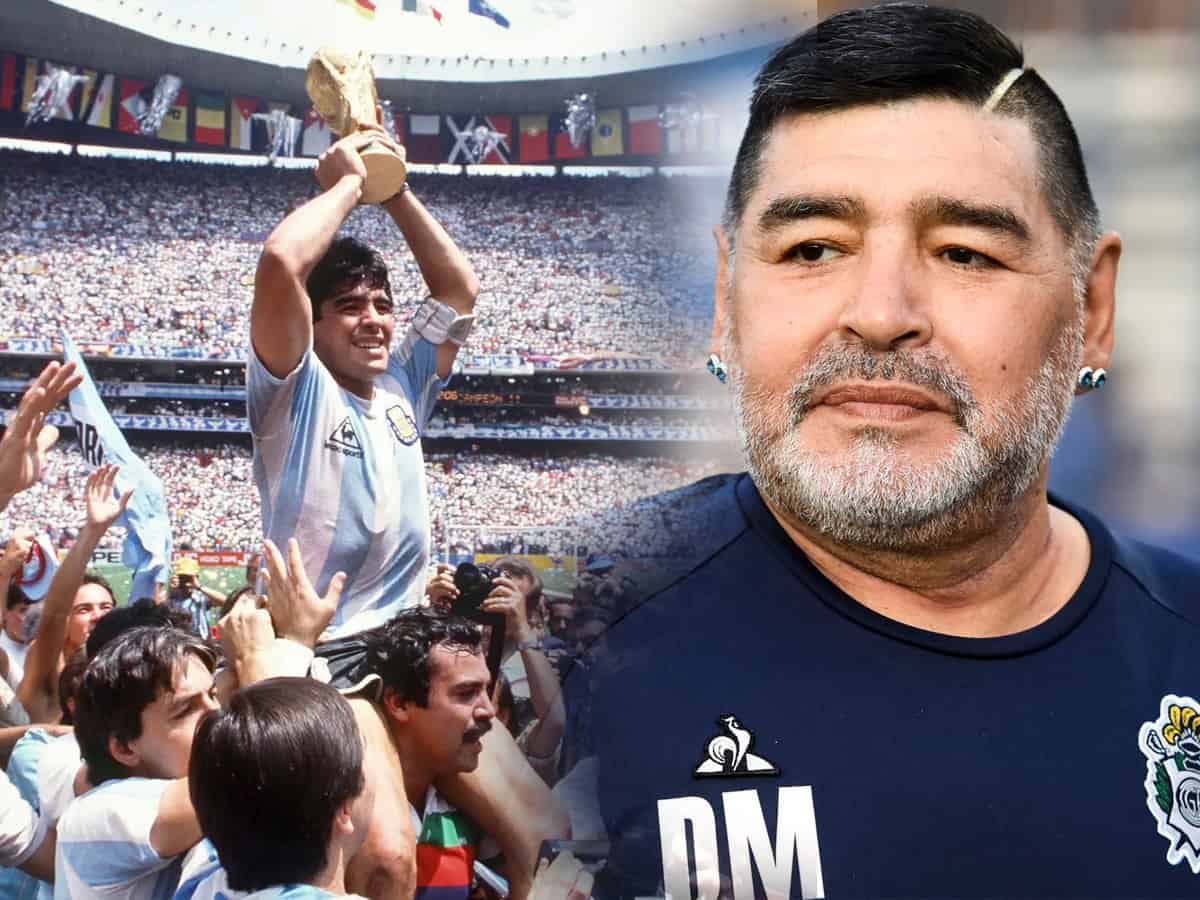 Legendary Argentina footballer Diego Maradona passed away after suffering a cardiac arrest on Wednesday. Maradona underwent surgery earlier this month to remove a blood clot from his brain.

He was pronounced dead at the property near to where one of his two daughters with ex-wife Claudia Villafane lives. Maradona is widely recognised as one of the greatest footballers of all time. In his professional career spanning 21 years, the crowning moment came at the 1986 World Cup as he led Argentina to glory.

In the same match, Maradona also became synonymous with England supporters for his ‘Hand of God’ goal, which eliminated the Three Lions from the tournament. His second goal in the game is widely regarded as one of the greatest ever scored at a World Cup which saw him dribble past five England players.

Maradona began his career at Argentinos Juniors before moving on to Boca Junior where he was quickly picked up by Barcelona. He spent just two seasons at the Nou Camp though before he made the move to his beloved Napoli.

It was in Italy where Maradona was starting tone recognised as one of the greatest of all time. While his football career was starting to to take shape in Italy, he was found to be addicted to cocaine.

In 1991, he was slapped with a 15-month suspension for violating drug regulations and was thrown out of the 1994 World Cup after testing positive for ephedrine. The final years of his career were masked in controversy.

The legendary player was one of the two joint winners of the FIFA Player of the 20th Century award. Apart from his goal-scoring exploits, Maradona was also famous for his vision, passing, ball control, and impeccable dribbling skills.

Inspired by Maradona’s talent, Lionel Messi, now regarded as the greatest footballer, admitted that the former helped shape his path into football. “If anybody inspired me starting out, it was undoubtedly him,” he said.

In 1997, at the age of 37, Maradona eventually retired from football and soon moved into management. In 2008, he took charge of Argentina’s side and left after the 2010 World Cup, when the Argentina team was beaten by Germany in the quarter-finals.

He was in charge of Gimnasia de La Plata at the time of his untimely and tragic death.