Pics: All About Being Beautiful & Hot 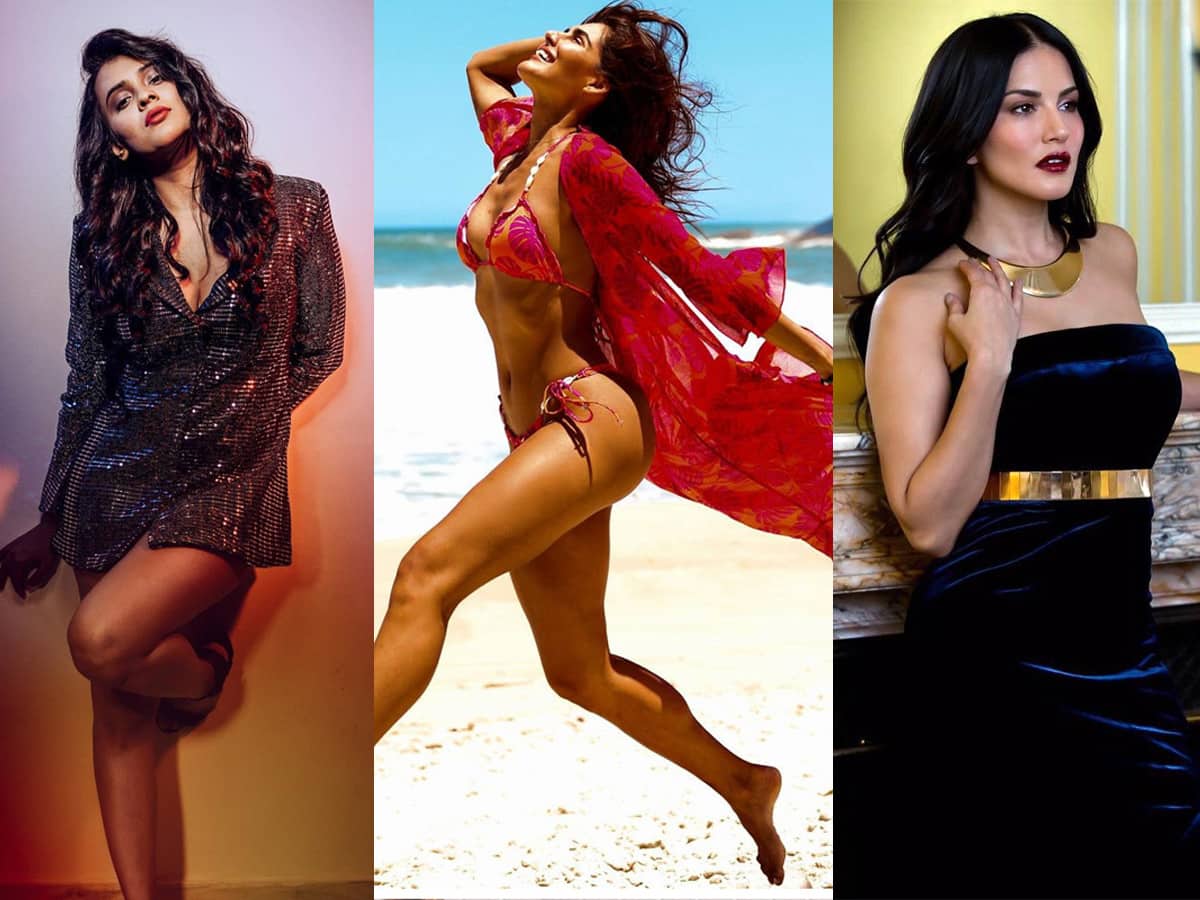 The beautiful actresses are giving some hot treats on their social media pages. Not just Maldives going gals, but the sultry women are grabbing some eyeballs with hot stuff and all. So let us walk through the galore of glamor.

From mirror selfies to suntans, bedroom photo shoots to seducing looks, here are some random pictures of the gorgeous actresses having fun, being naughty, beautiful, and hot.

The Kumari 21F actress is sizzling and stealing the minds with her item song in Ram’s Red. Other than that her Orey Bujjiga did not fare well, but the hot girl is making noise with her photoshoots.

Hebah Patel in her new photoshoot is super stunning in one glittering party top and also in the traditional attire spilling some oomph there.

The hot beauty time and again shows off her sleek and slim waist in two-piece bikini time. Mouni Roy slipped into a floral bikini and she is just hot as hell in her sunbath.

Mouni Roy captions the picture: Saturdays for siestas Sundays for cuddles. Well, it looks like her nap times are sexier each time.

Nathalia had been on bikini photoshoots spree off-late. Here is the collage of the beauty throwing in some sultry beach poses that could burn the shores.

Nushrat Bharucha is super busy with her films and the latest one announced from her is Janhit Mein Jaari. The Pyaar Ka Punchnama has Chhorii and Hurdang coming up for release next year.

Here is Nushrat posing off for an indoor photoshoot looking extremely hot like always.

Shraddha Das is looking cute and hot with her short hair recently. The Guntur Talkies actress is busy with the films Kotigobba 3 in Kannada, Nireekshana, and Arrdham in Telugu.

Here is Shraddha Das clicking mirrors selfies in bikinis before heading for a swim.

‘The good sweaty’ is what she calls herself captioning this picture. Shruti Haasan clicks a casual selfie smiling in her black bra top and mesh. It looks like she just wanted to click a hot selfie under the sun before diving and getting all wet.

Shruti Haasan has got Vakeel Saab and Krack movies coming up for release soon.

Legend movie actress Sonal Chauhan is throwing emoji challenges on her social media pages, but we all know why the folks are not interested in deciphering what she is trying to say with her emojis. It’s her hot and revealing poses.

Sonal Chauhan threw herself on a bed giving an alluring pose. Sonal acted in Balakrishna’s Ruler most recently.

Sunny Leone has gone for jaw-dropping poses in her recent photoshoot for a magazine. The actress looked striking in black and gold. Sunny Leone is super busy with more than five films in five languages. She is making her debut in Malayalam with Rangeela.

Yashika Anand who debuted with Dhuruvangal Pathinaaru (16 in Telugu) later got to more fame with her comedy role in Iruttu Araiyil Murattu Kuththu. Yashika Anand became super popular with her participation in Bigg Boss season 2 in Tamil.

Yashika Anand often treats the fans and followers with her hot photoshoots. Here is one from them having her in saree photoshoot. Yashika Anand looked ravishing.

The long-legged beauty Divi Vadthya came to fame with her small appearance in Mahesh Babu’s Maharshi. The actress-model later went on to become famous with her entry in Bigg Boss season 4 in Telugu.

Divi has garnered many fans after Bigg Boss 4 show. Here is the beauty chilling out on her beach vacation.