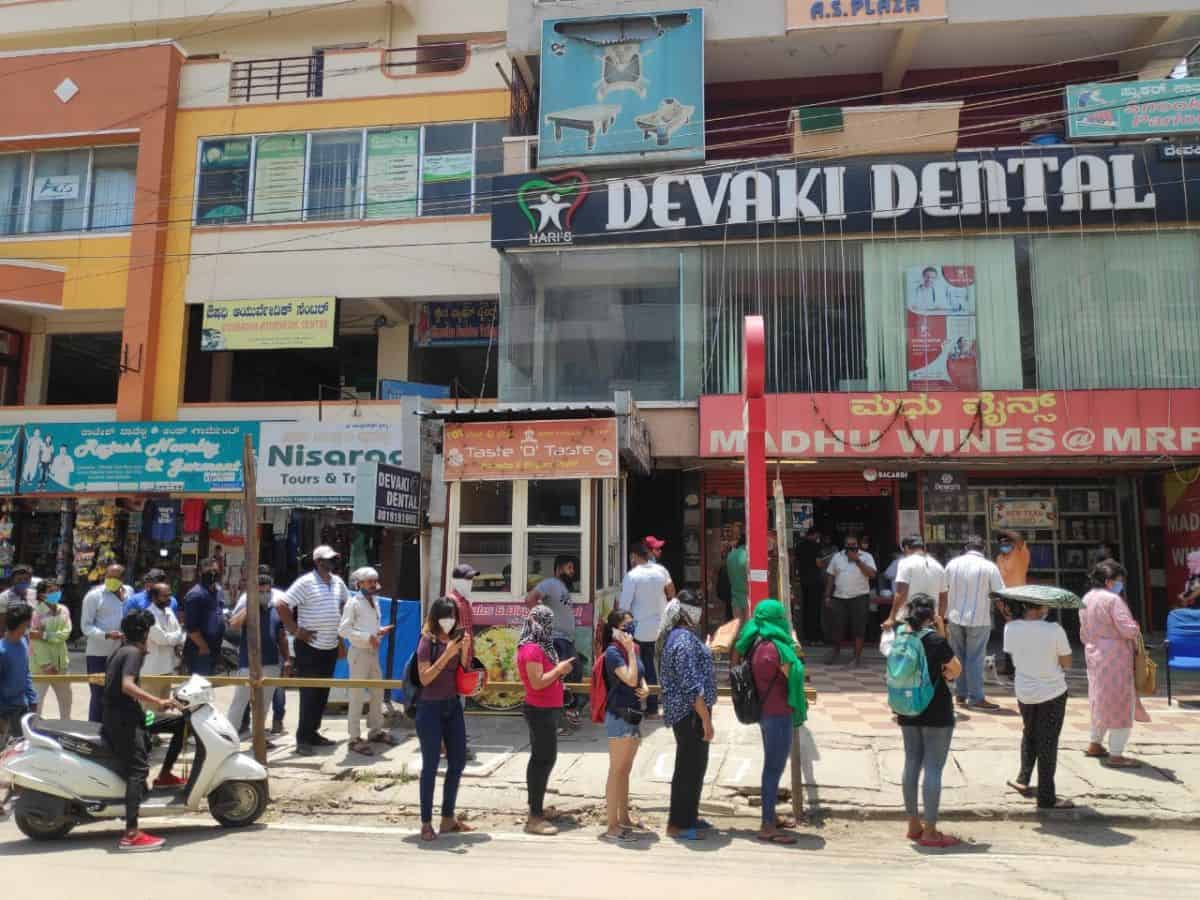 Today, the internet is totally filled with the pictures of Andhra Pradesh and Bengaluru’s liquor shops where people formed long queues, crossing more than a kilometer in some places.

In both states, liquor lovers stood outside shops as early as 5 am in order to hold first positions. We see a huge number of people forming lines snaked along the streets and roads outside liquor shops.

In Bengaluru, a couple of images are going viral where it shows a separate line for women at a wine store in Kaggadaspura. Women are equally avid and enthusiastic about buying liquors as much as they are allowed to buy. With the fear of closing liquor shops again, people are forcing themselves to buy more.

Girls are seen standing in the queue for a long time wearing scarfs to protect from scorching heat but not giving up on liquor. People, both men, and women, line up at a liquor shop in Bengaluru as state government permits the sale of liquor between 9 am to 7 pm from today. A few even burst crackers in front of their favorite shops.