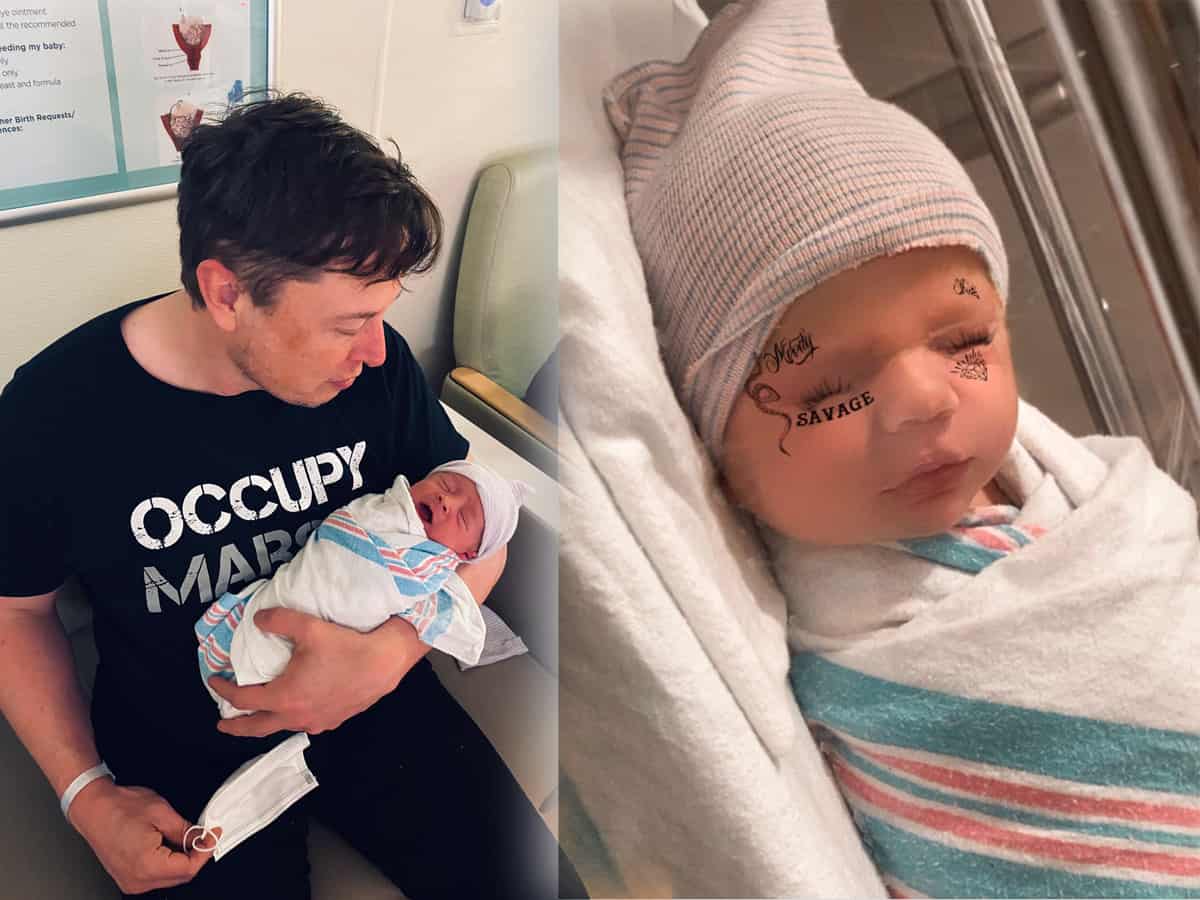 SpaceX CEO Elon Musk recently had a baby boy with singer Grimes and when one of the fans asked him to reveal the name of the little one, the billionaire Musk surprised them with a mysterious answer. Elon Musk revealed the baby picture with a face tattoo filter used.

X Æ A-12 Musk is the name of Elon Musk’s son, and he is not joking. When nobody else except the couple knows how to spell it, fans of Musk all over the world began decoding the name on Twitter.

In one most popular among some of the theories, the baby’s name is X Ash Archangel. The Æ is a ligature meaning Ash and A-12 could mean Lockheed A-12 aircraft with codename Archangel. In another interesting theory, the name could be Jão, as X = 10 = J Æ = ã A – 12 (count backwards) = O.

In yet another theory from fans of Musk, X = 10 in Roman numerals, 10 is an angel number representing the god and his government on the earth, ‘God said’ appears 10 times in Genesis I. Elon Musks’ partner Grimes has a song titled Genesis. Maybe X means Genesis.

Though the couple decided to decipher the code for confused people, it is still a question on how to pronounce the name of little Musk. Grimes tweeted “X, the unknown variable,” she wrote. “Æ, my elven spelling of Ai (love &/or Artificial intelligence). A-12 = precursor to SR-17 (our favorite aircraft). No weapons, no defenses, just speed. Great in battle, but non-violent + (A=Archangel, my favorite song) ( metal rat)”.

The 48-year-old Musk is a father to five other sons, a set of twins, Griffin and Xavier, and a set of triplets, Damian, Saxon, and Kai. Musk and his first wife Justine Wilson conceived them via in vitro fertilization.

By the way, Grimes’s real name of Claire Elise Boucher.