Greta Takes A Dig At Trump With His Own Words 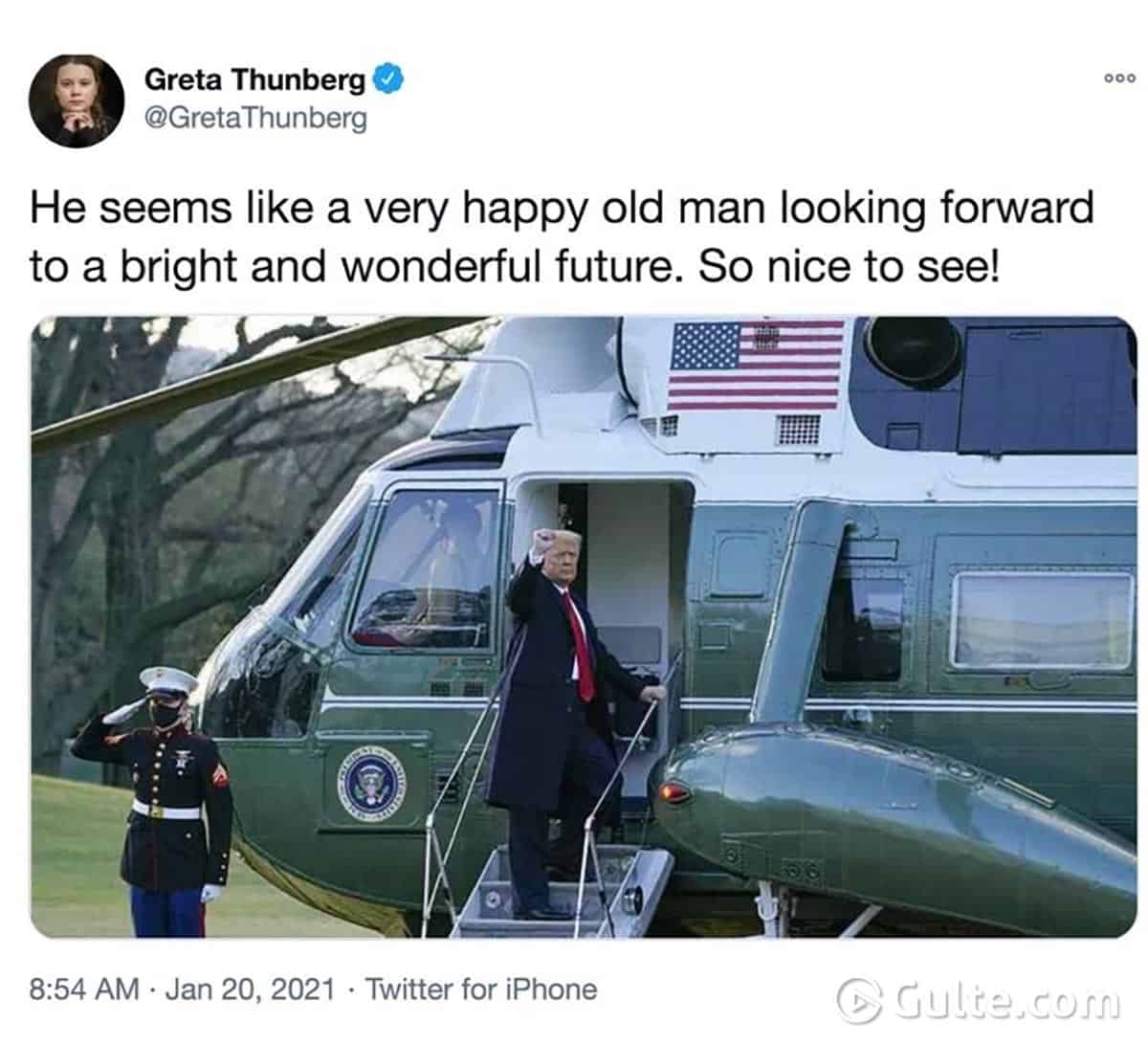 17-year-old climate activist Greta Thunberg who took a dig at ex-US President Donald Trump during the US Presidential poll counting, hit back at him yet again. Tweeting a picture of Trump waving to the White House, one last time, Greta wrote, “He seems like a very happy old man looking forward to a bright and wonderful future. So nice to see!”

Earlier Greta took pot-shots at Trump who tweeted ‘Stop The Counting’ as he was lagging behind in the Presidential Election Counting. Then Greta wrote, “So ridiculous. Donald must work on his Anger Management problem, then go to a good old fashioned movie with a friend! Chill Donald, Chill!”

This tweet has gone viral and now the second one is also following the same trend.