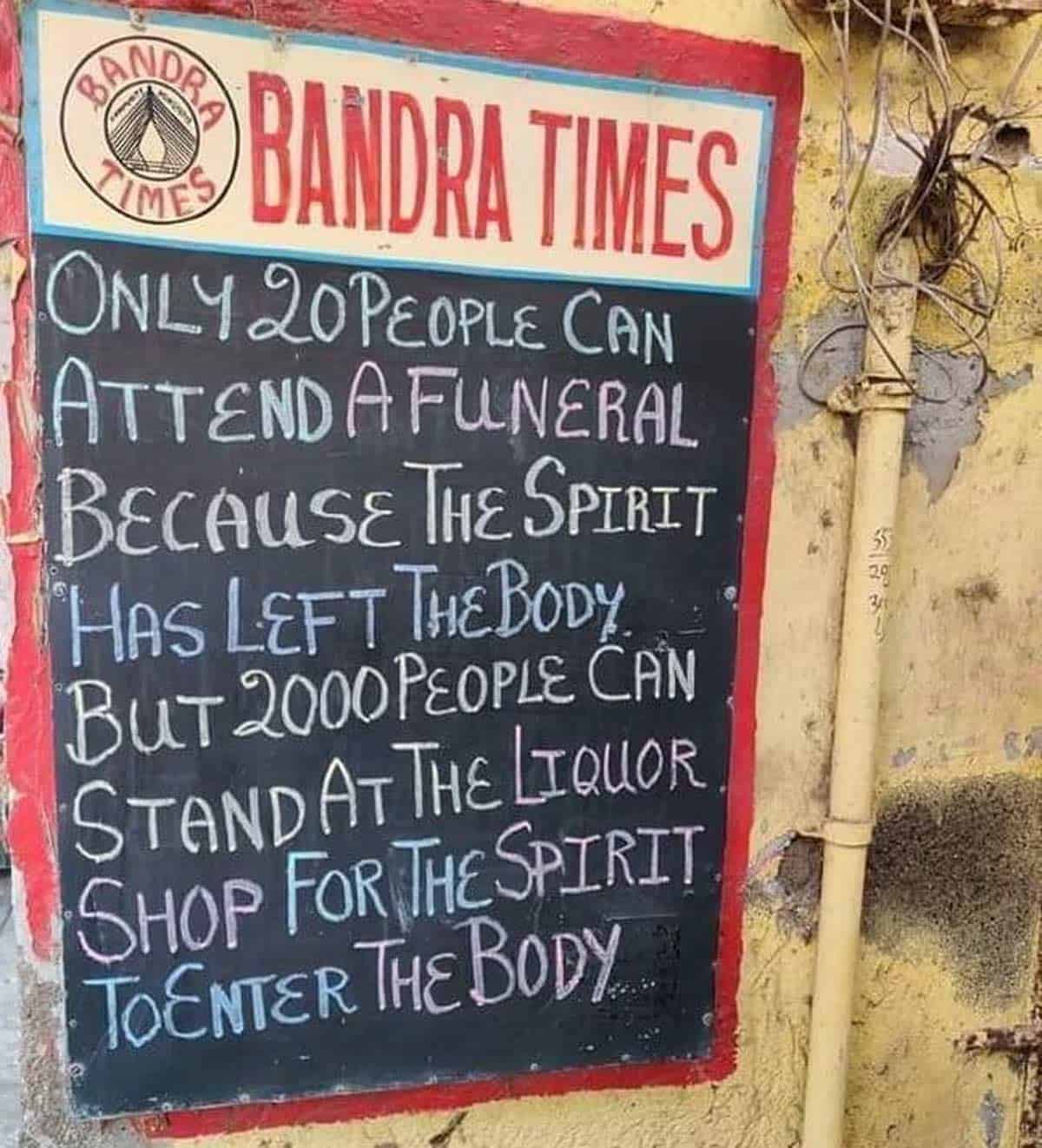 Apparently Lockdown 4.0 got new directives from the central government and even in Telugu states the Chief Ministers have come up with additional directives to implement all the rules and regulations. However, some people are quipping how the governments are focussed on only money making but not on the emotional part.

Of course, it is pretty clear that all the shops and establishments are being opened (even on Odd-Even basis) for the sake of saving economy but not that it is safe to open them now. At this point of time, the directives have come out that only 20 people could attend a funeral (of any religion) at a ceremonial or burial ground. This has hurt many as they took to social media to express their anguish.

“While only 20 people could attend a funeral, wonder why 200 people are allowed to come to a liquor shop?” some users said. Few twitterati also shared the satirical post written on the ‘Bandra Times’ notice board in Mumbai. All these folks are worried that the dead should get proper sendoff from near and dear without any such regulations by the authorities.

However, as people try to console each other at funerals, Government might have thought that social distancing will go up for a toss thus making many vulnerable for spreading the Covid-19.